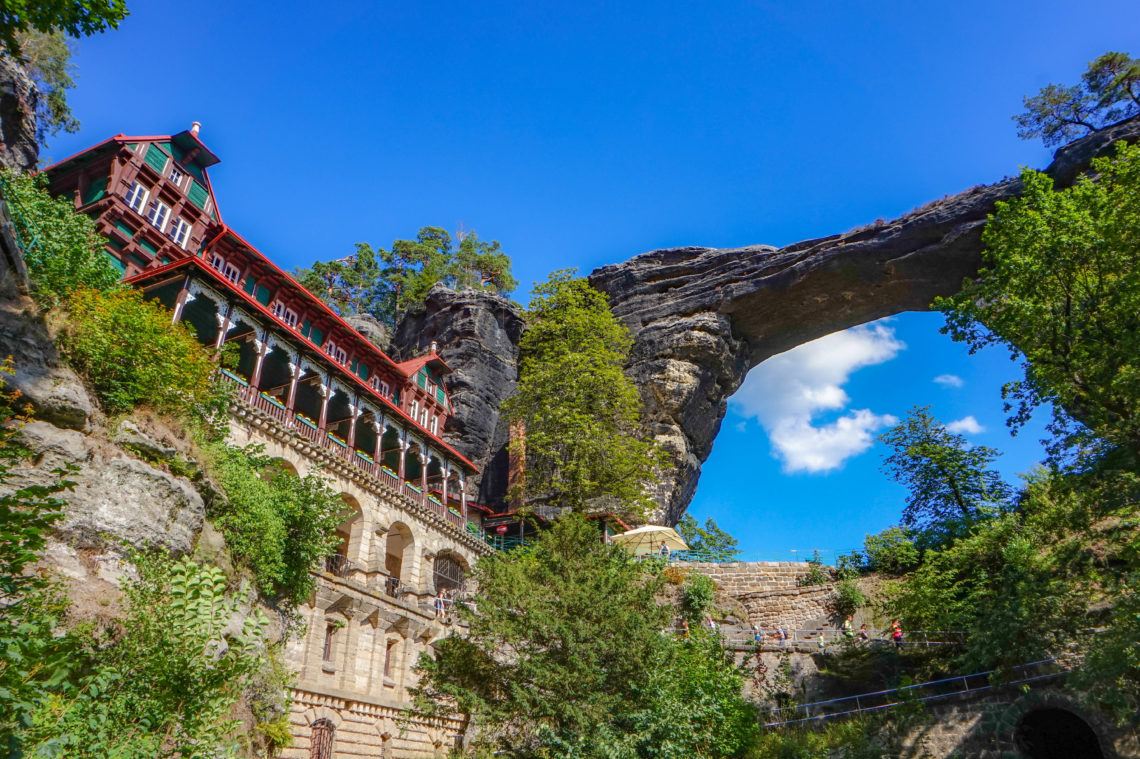 Just two hours from Prague, you have a perfect hiking destination – Bohemian Switzerland. Besides the photogenic views to hilly countryside and Elbe river, you should not miss a unique stone arch called Pravčická Gate, the symbol of this national park.

If you are planning only one trip outside of Prague, I would highly recommend hiking in Bohemian Switzerland. The whole national park has many attractive touristic trails. However, this particular trip is covering the main highlights: boat trip by narrow gorges, hike alongside interesting sand formations and Pravčická gate, the only European rock bridge. As a bonus, I believe you appreciate local folk architecture that looks like from children’s fairy-tales. 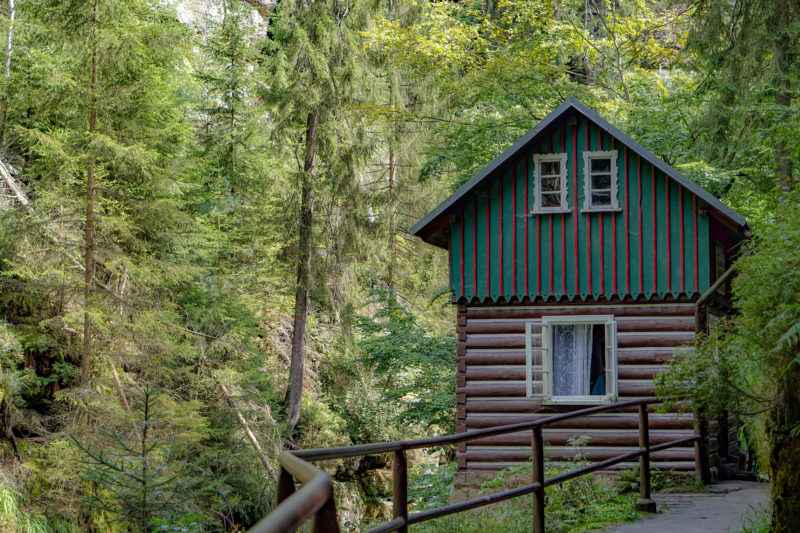 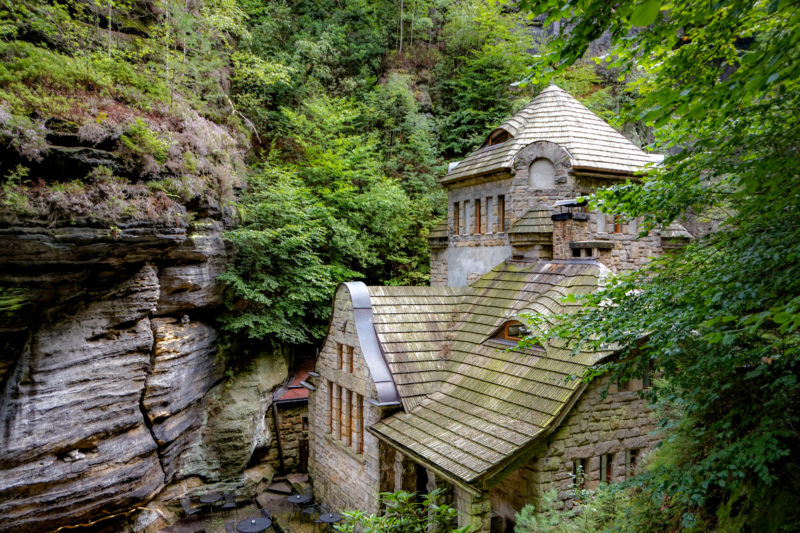 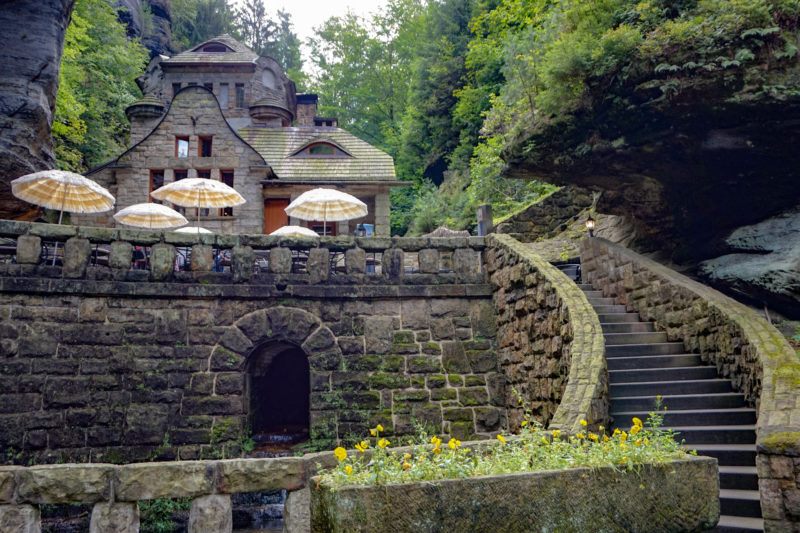 Gorges of the River Kamenice

Start your hike in the village called Hřensko, that is an entry gate to Bohemian Switzerland. Find a yellow touristic path and walk alongside the Kamenice river. You just entered the most picturesque part of the national park. Enjoy an adventurous walk by narrow footbridges, rocky tunnels, and overhangs. Soon, you will reach gorges that are accessible only by boat. 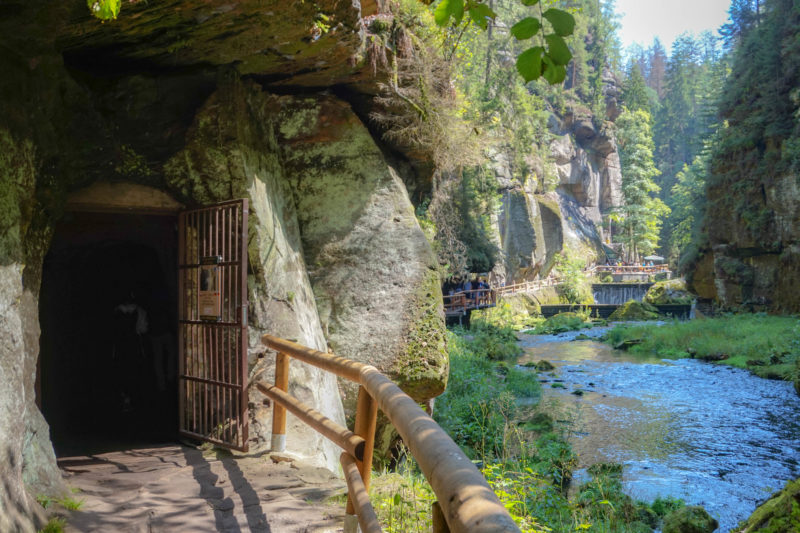 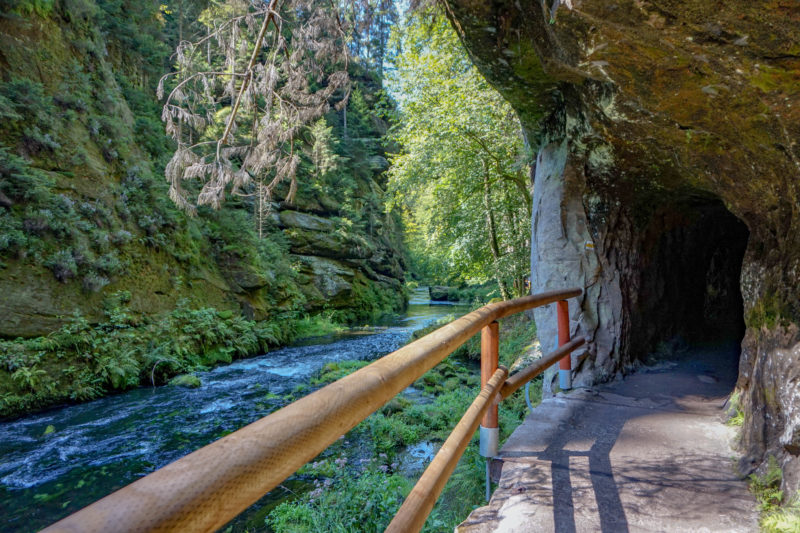 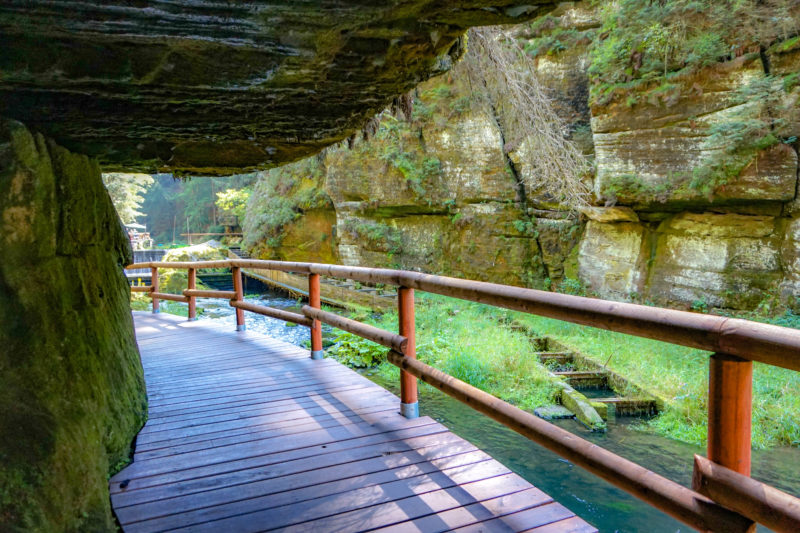 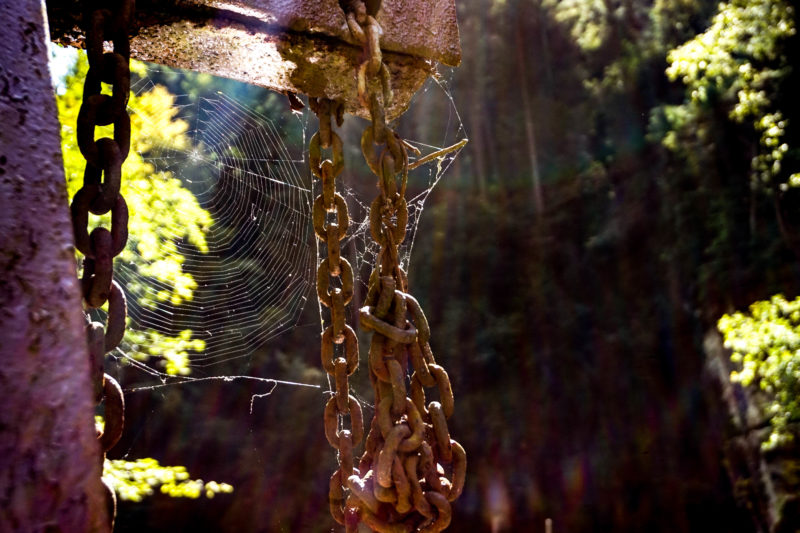 The first one, Edmund’s gorge, is the most popular one. You will board a small boat with no motor, but ferryman with a long pole will get you to the other side. During 20 min long trip, sit comfortably and let your imagination works. The ferryman will tell you the stories about characters hiding in the cliffs around you, from the snake hiding in the water to the waterman repairing his shoes. At the end of the boat trip is the most photogenic spot in the gorge, a little wooden house with a chimney. You might imagine an old forester living in the deep forest, but the reality is more prosaic. The tiny house is a ticket office for boat trips. 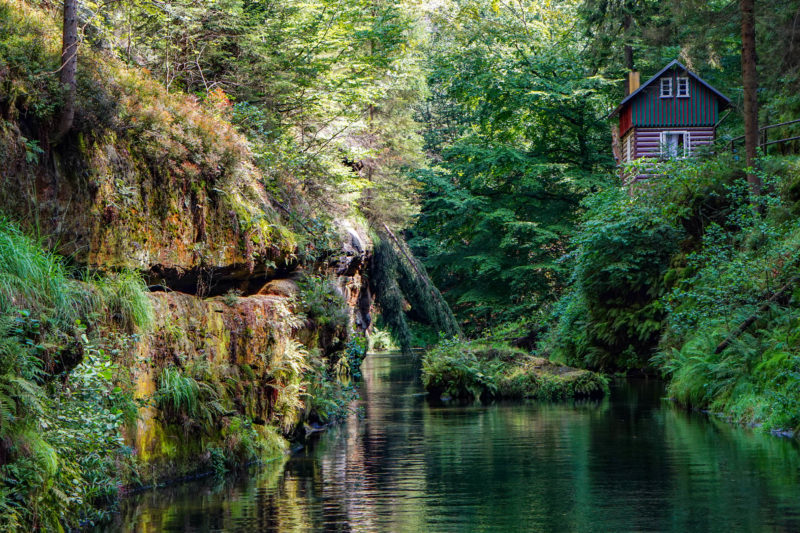 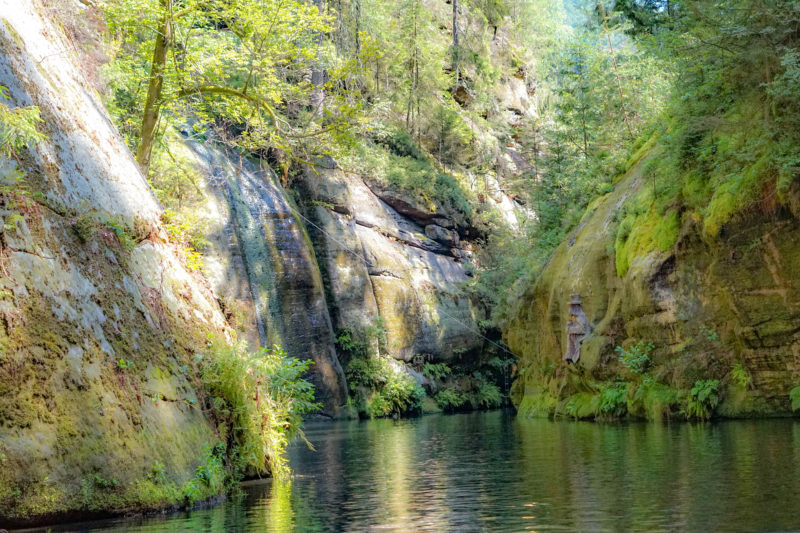 When you disembark the boat, you might continue right to Gabriela’s trail leading to Pravčická brána or continue by the river to second gorge, this time Divoká gorge (meaning Wild gorge). This one is less touristic with equally beautiful sights on the boat ride. Then, you can continue to Gabriela’s trail as well. Just bear in mind that both gorges are accessible only during the summer season from April to October.

After your boat trip(s), follow the sight “Mezní louka” where is the start of Gabriela’s trail. During the six kilometers hike, you will get up from the valley to the viewpoints of the rock formations. At the end of the trail is a great reward, the famous Pravčická gate. 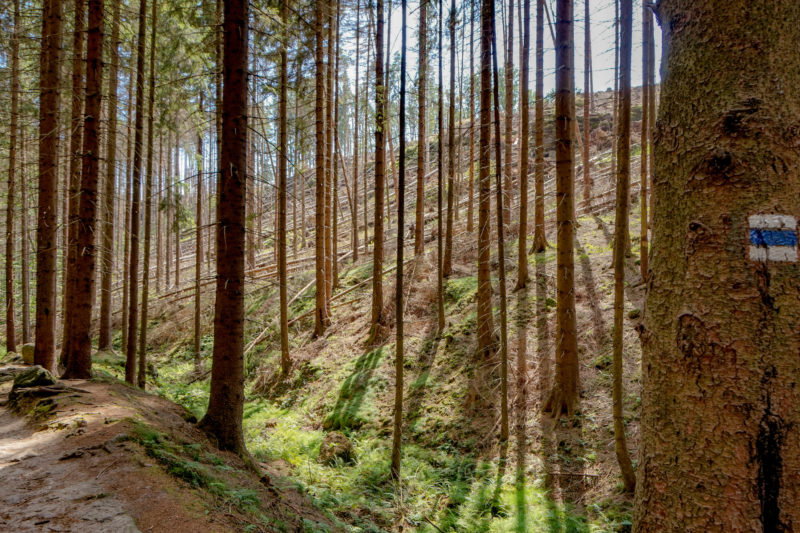 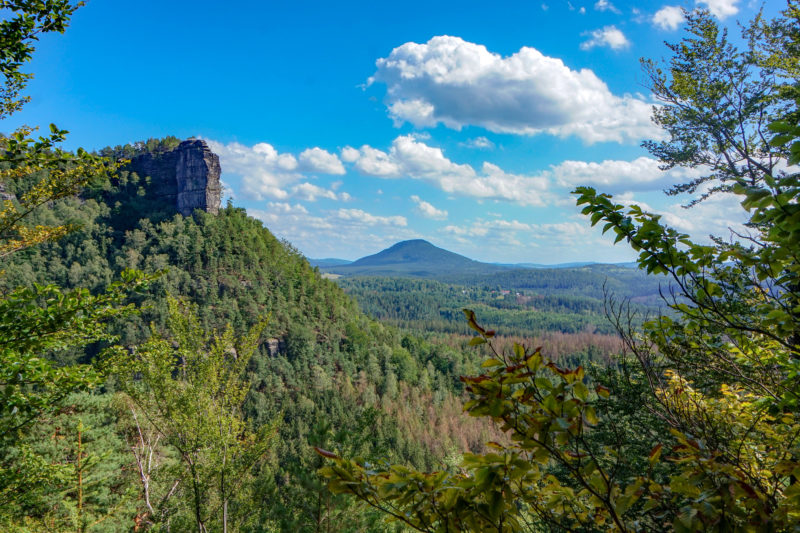 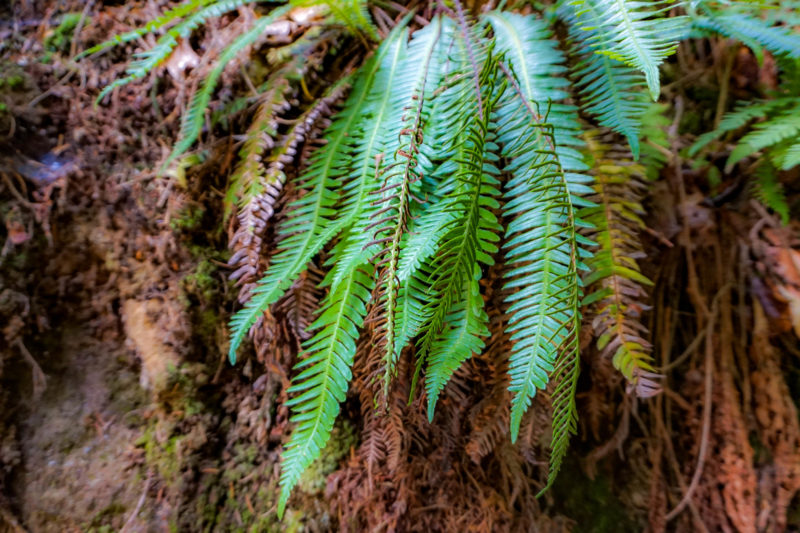 This natural sandstone arch is the largest natural bridge in Europe. Its beauty and size are impressive. No wonders that it attracted painters, writers such as Hans Christian Andersen and even filmmakers. Do you remember a stone arch from The Chronicles of Narnia? Well, it’s our Pravčická gate. Although the arch looks firm, it is quite fragile. That’s why it is forbidden to hike on the top. However, you have a much better view of this rock formation from the top of the rock just a few steps from the gate.

Before you enter the Pravčická gate, you might admire a distinct hotel-restaurant Sokolí Hnízdo (the Falcon’s Nest) build in Alpine style architecture. It was built in 1881 in a record time of one year, as VIP hotel for an aristocratic family. It’s built directly into the rocks. Today, you can still get into the restaurant and admire the original wooden interior. 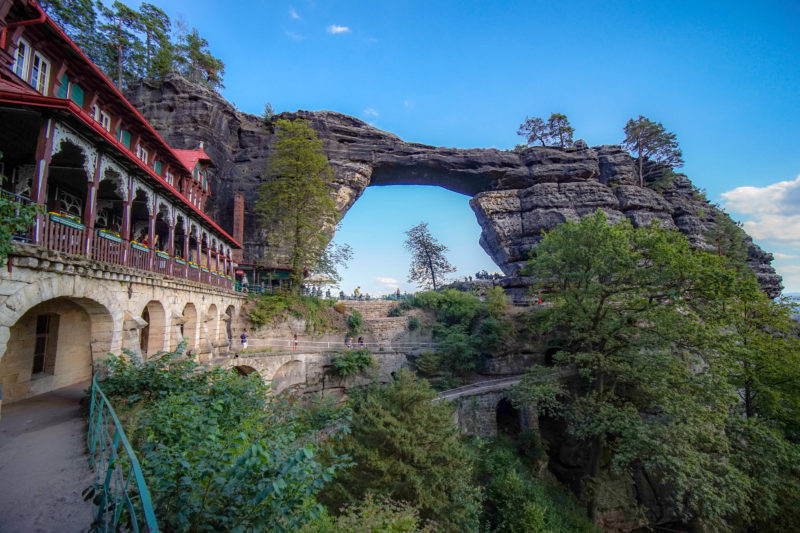 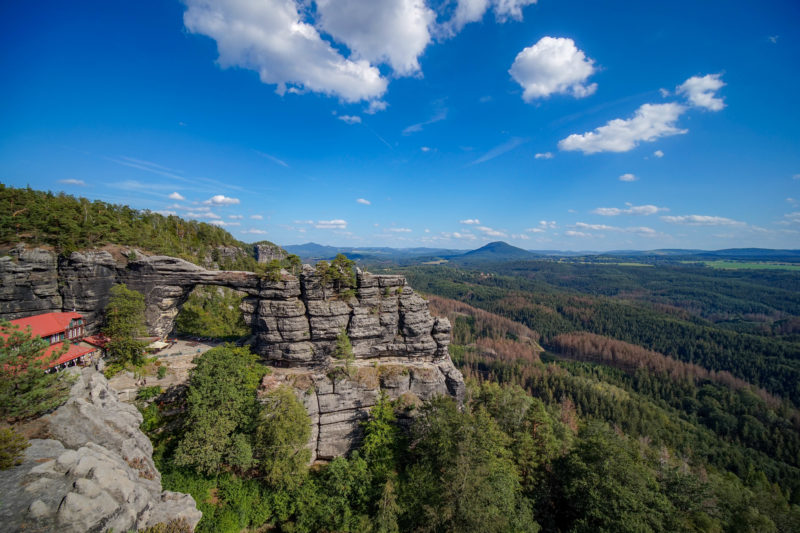 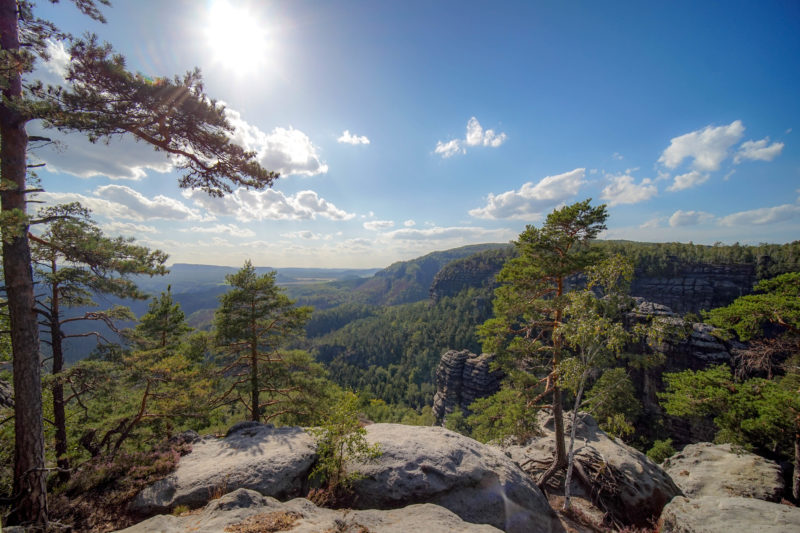 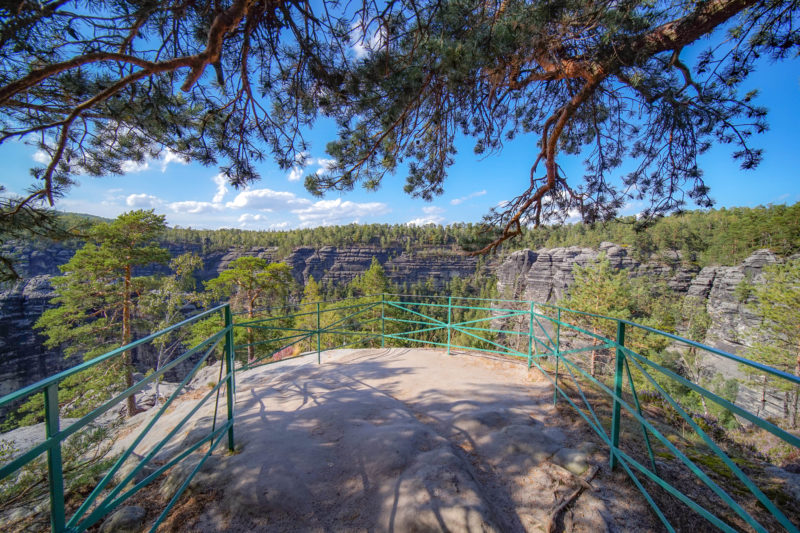 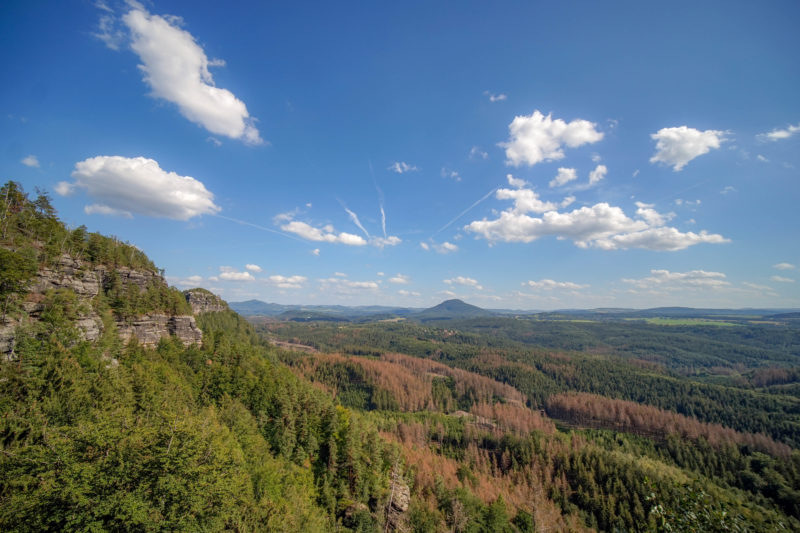 How to get to Bohemian Switzerland:

Bohemian Switzerland is one of four national parks in the Czech Republic, together with Krkonoše, Šumava, and Podyjí.

The easiest way to get to Bohemian Switzerland is by car. It takes approximately two hours, mostly by the highway. Park your car in picturesque village Hřensko, full of wooden and stone houses.

Another option is to travel by train. Buy tickets to the nearby city Děčín. From there, you need to take a bus to Hřensko. Get off at Pravčická brána stop and decide, whether you want to explore first gorges by the Kamenice river or Pravčická gate itself. It’s a path in a circle shape, about 16 km long, and you will get back to the same spot where you started.

If you plan to stay for several days and explore more of this beautiful national park, you made a great choice. In this case, be careful with the quality of services and accommodation provided. I tried already several types of accommodation, but I can recommend you the best one – pension Krásná samota. In translation, it means “Beautiful Solitude” and it’s true paradise in paradise itself. 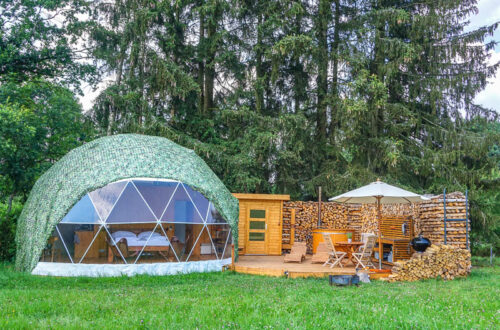 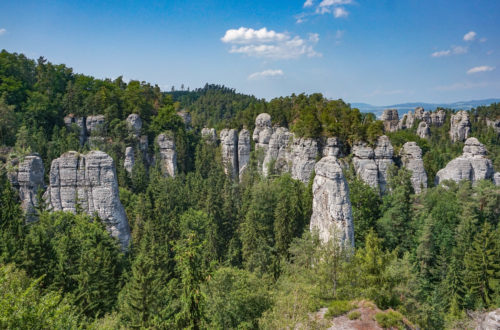 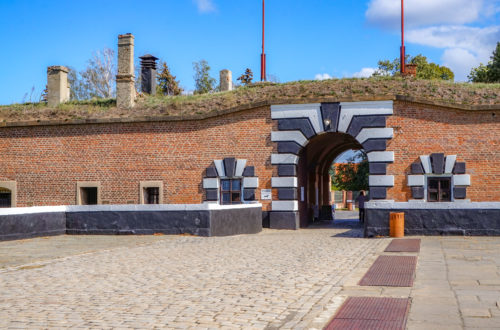 Terezín: Memorial of the Painful History