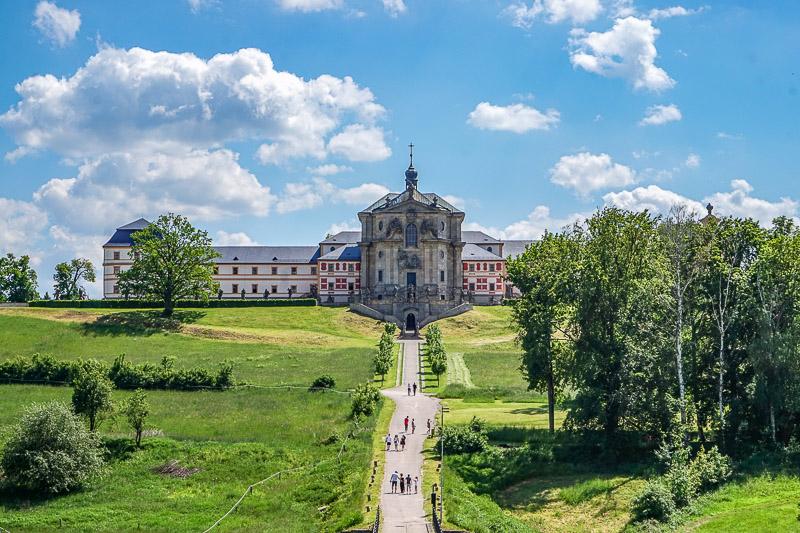 Are you interested in the story of one man who aimed to build the world-famous spa? He turned his dreams into reality, but this superb project was washed away by great water shortly after his death. Only in recent years, the treasures of Hospital Kuks were renovated and open to the public again. Take an opportunity to discover it with your own eyes with the story in mind.

The Story of Kuks

This monumental Baroque complex results from a dream of Count Franz Anton von Sporck, who aimed to build the most well-known spa in the world. When Sporck received the judgment about the healing springs in this area, he started constructing a sanatorium in 1695. The Hospital itself was built between 1707 and 1715, together with Holy Trinity Church and the crypt. 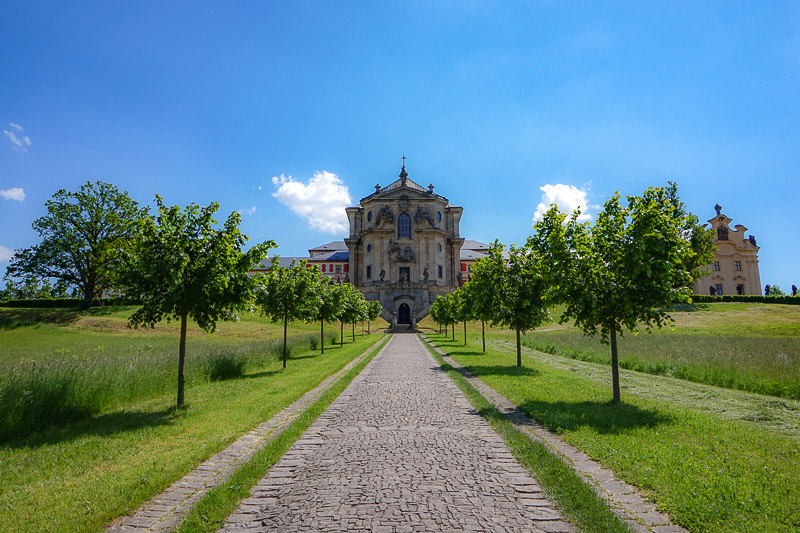 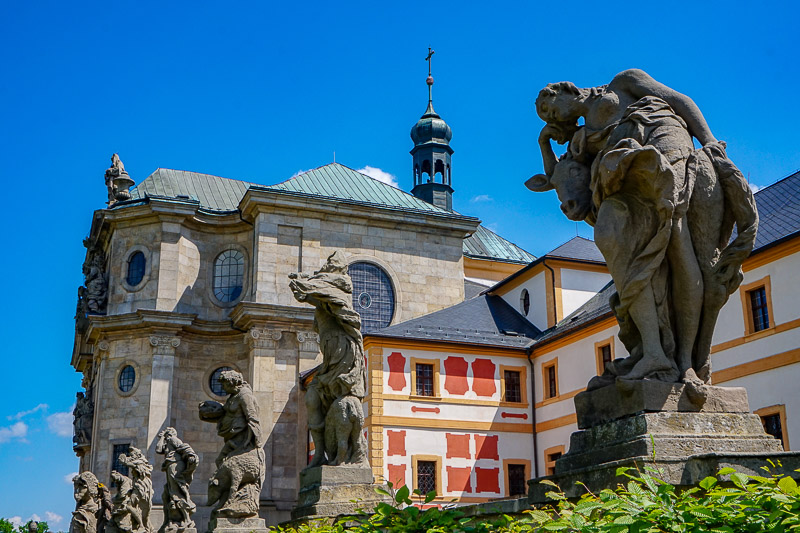 On the other side of the river (today’s village) used to be a spa resort with a chateau, spa houses, colonnades, hotels, and wooden theatre. You could find here all kinds of entertainments with various celebrations, Venetian nights on the river, hunting expeditions and many others. But, unfortunately, the glory of this place vanished with its founder. Only two years after his death, the town was destroyed by a massive flood in 1740. Then, Kuks became a quiet village. Furthermore, the Kuks chateau burnt down in 1896, and its ruins were removed in 1901. 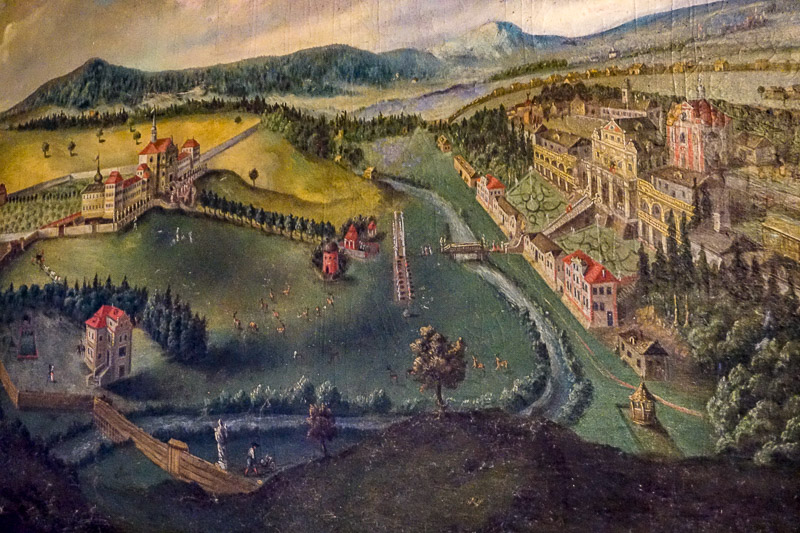 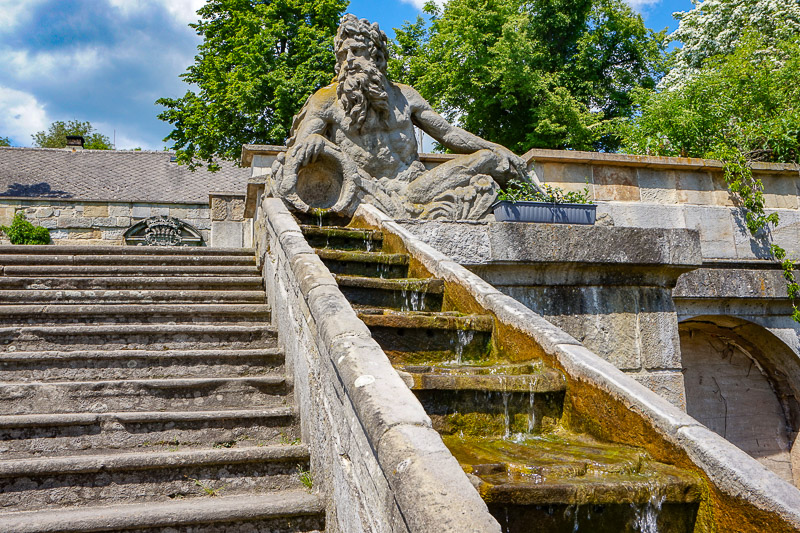 At least the Hospital Kuks served for the public good and provided accommodation for injured veterans of war from 1743 to 1938. During World War II, it was turned into a detention center for misbehaving youngsters. After the war, it gained a new purpose, a retirement house for the elderly. Kuks was declared the National Monument in 1995, and since then, the rescue of this monumental complex started. The significant renovations started in 2013 when it gained new roofs, facades, and renovations of original interiors. 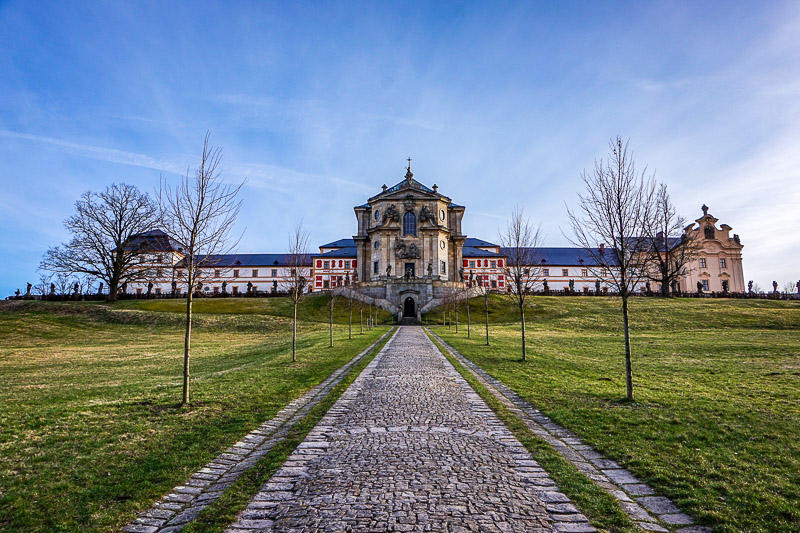 Today, the most well-known reason to visit Kuks is the famous sculptures of Matthias Braun, also known as the “Czech Michelangelo.” In front of the Hospital, you can find his twelve statues of human virtues and vices, such as Love, Hope, Wisdom, Justice, but also Pride, Greed, Wrath, or Sloth. These statues are copies, and you can see the originals during the commented tour of the Hospital. 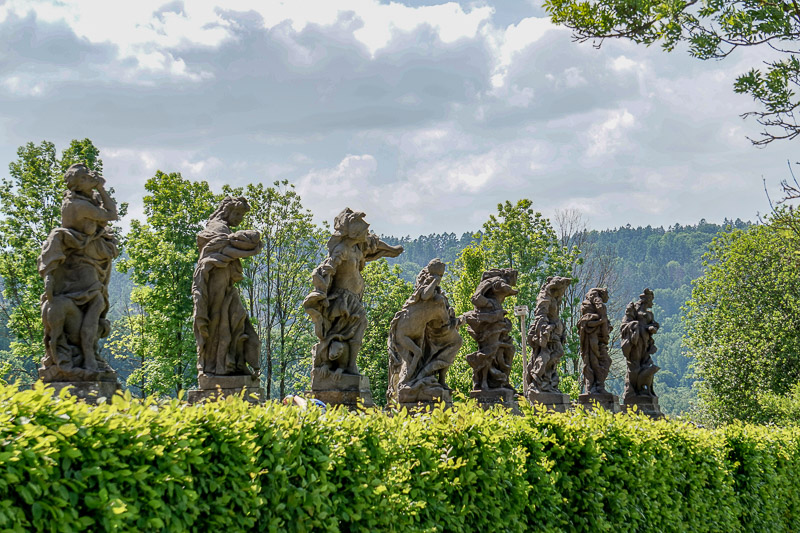 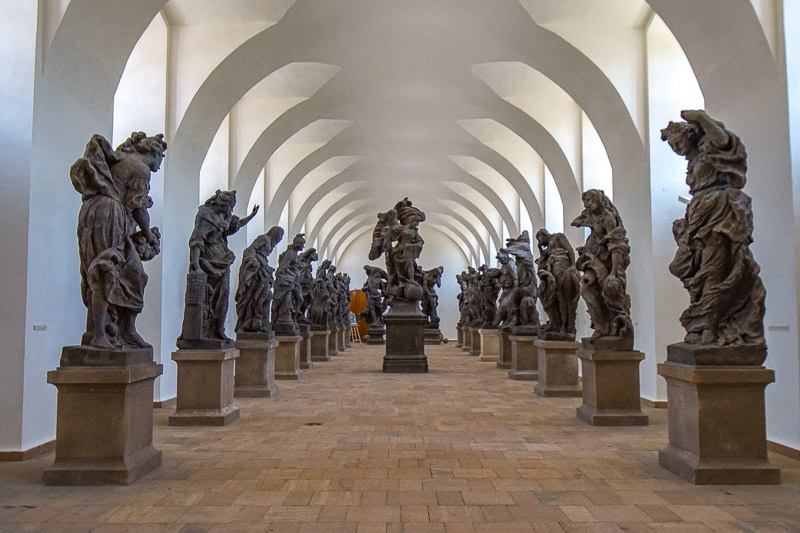 The most beautiful part of the Hospital is a well-preserved Baroque pharmacy, the second oldest one in Europe. I was amazed by the interior with various containers hiding herbs and spices. Besides traditional ingredients, you might also find containers with tags such as wolf liver, dragon’s blood, or powder of hanged man’s head. 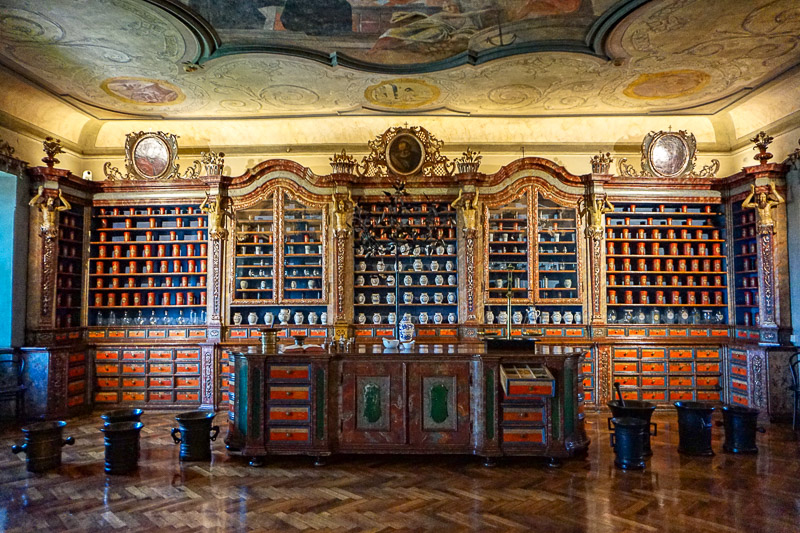 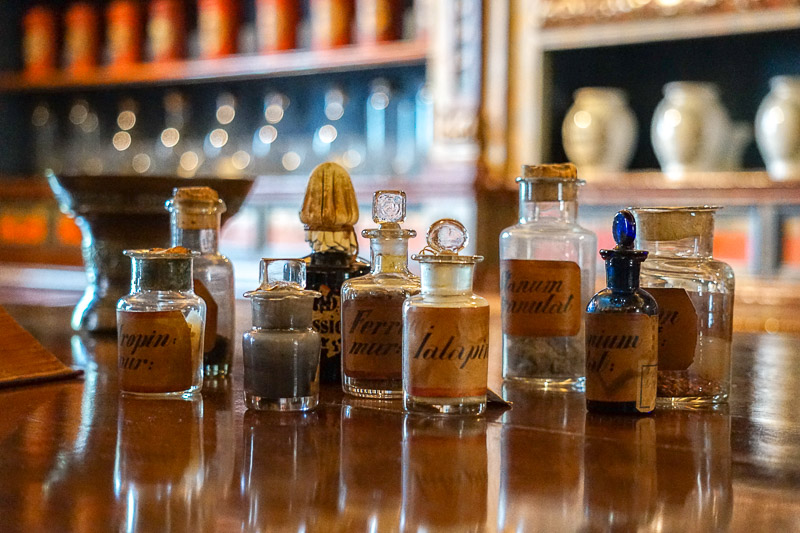 The dominant part of the Hospital is the Church of the Most Holy Trinity with its mysterious crypt. You can find here beautifully decorated coffins of the founder Count Sporck and his family. It’s quite a scary experience, but worthwhile to see it! In general, when you walk around Kuks interiors, you will see many frescos and paintings depicting death in various forms. 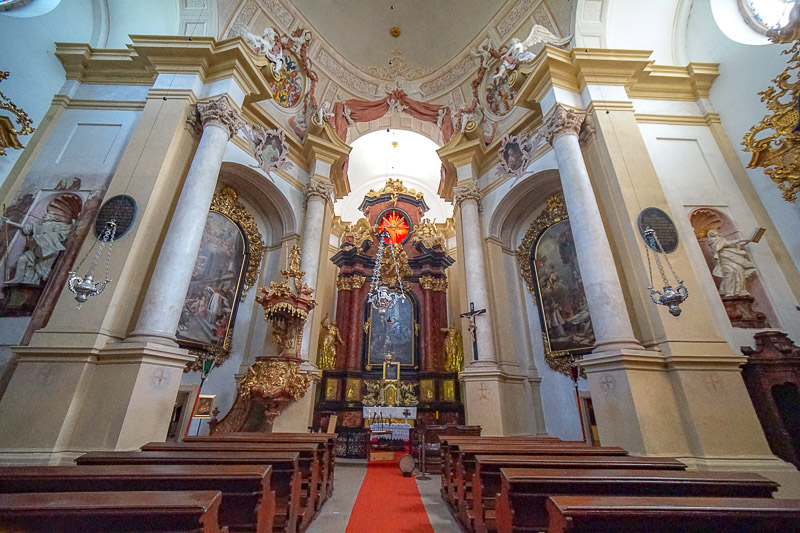 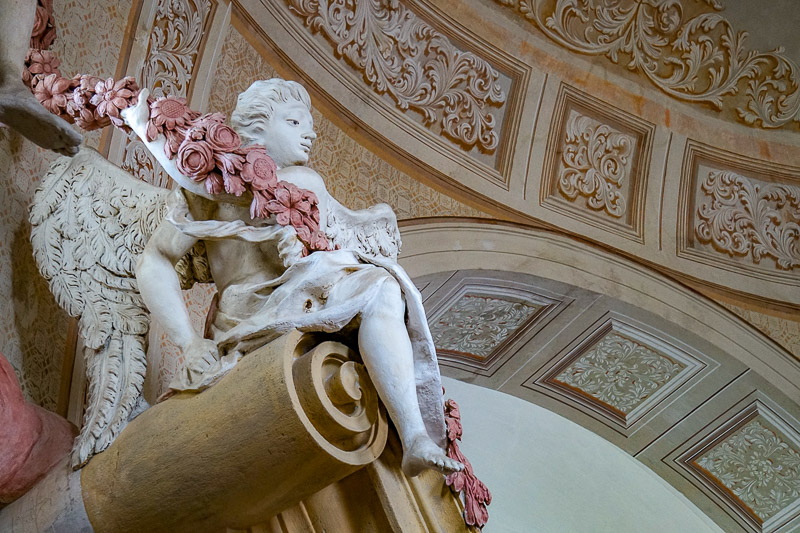 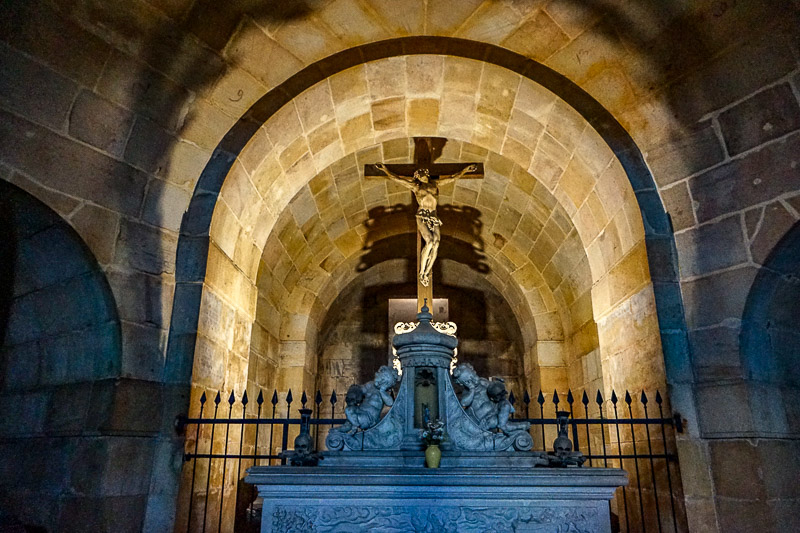 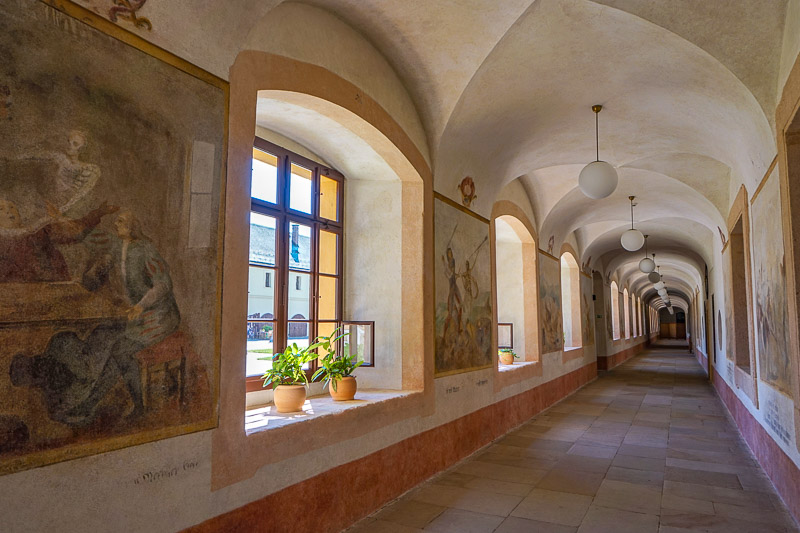 Behind the Hospital, you can find a garden with numerous herbs and spices that a local pharmacy used. Today, it’s a nice place to relax and discover the variability of healing plants. 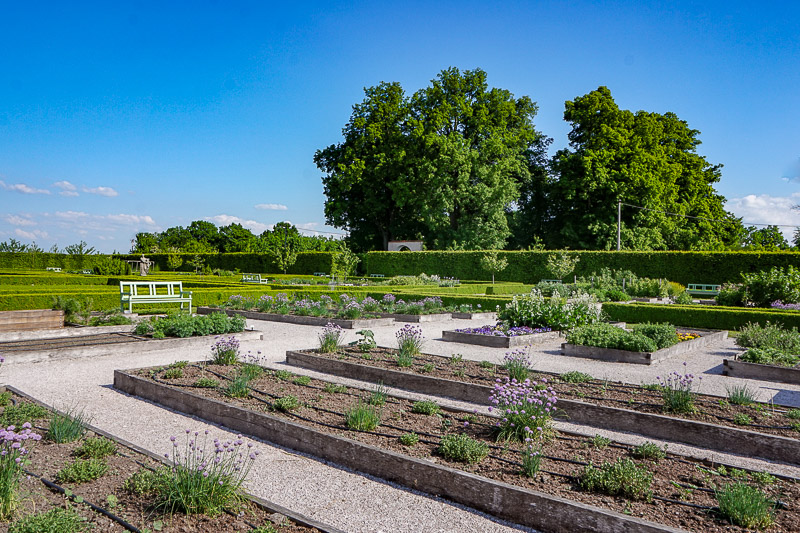 Hospital Kuks is also an excellent place for private events and conferences. If you are coming as a group for such an event, you can even book rooms in cells.

The major rarity of Kuks, which is the only of its kind in the world, is hidden in the nearby forest. It is a Betlem containing numerous Baroque sculptures cut into the rocks, depicting a nativity scene. The founder of the Hospital Kuks entrusted sculptor Matthias Bernard Braun to create this place for contemplation and prayer “in the inhospitable countryside.” However, since all his works are outside and face weather conditions for almost 300 years, a large amount of work has already disappeared. 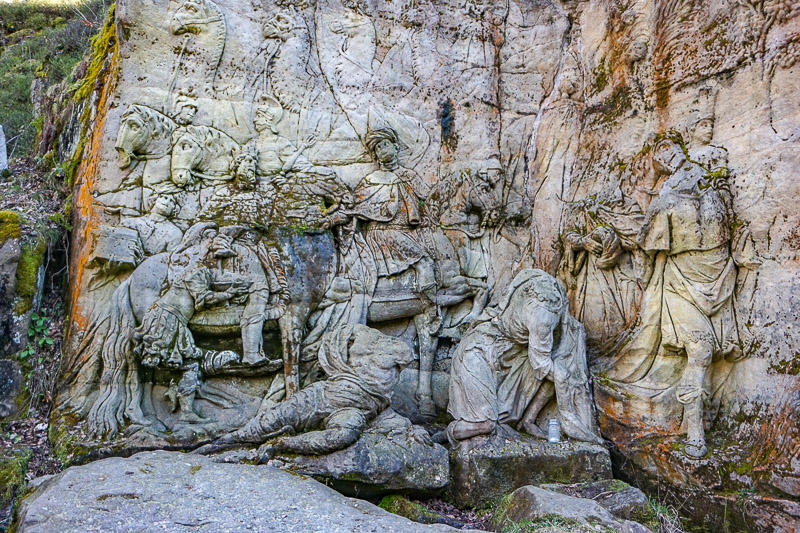 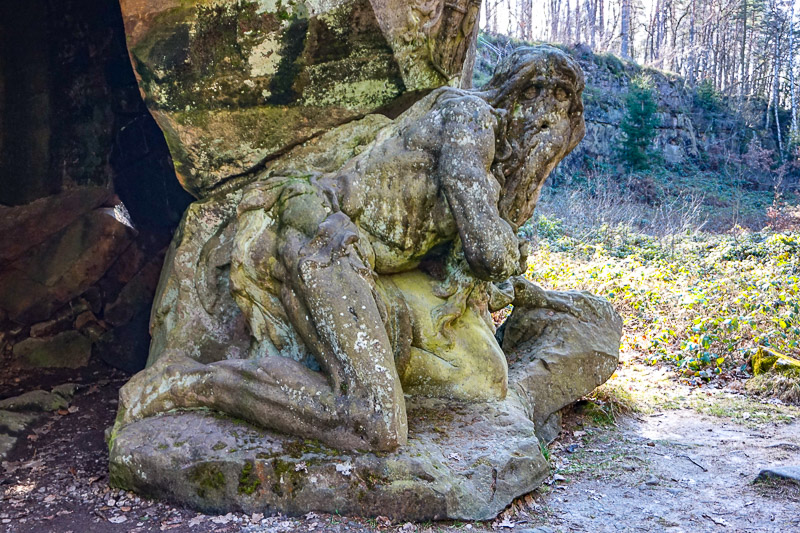 What I found interesting is modern Betlem nearby with sculptures of various artists of the present time. Every sculpture has different authors, so you can see an interesting variety of modern art in plain nature. 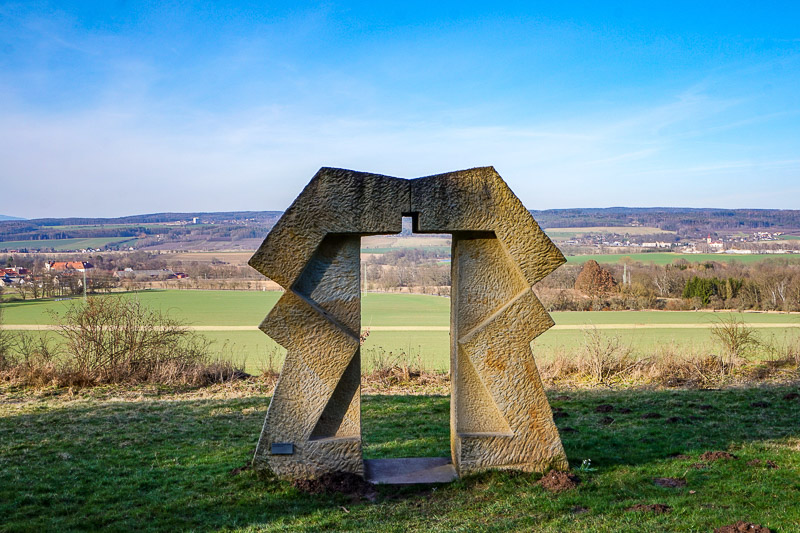 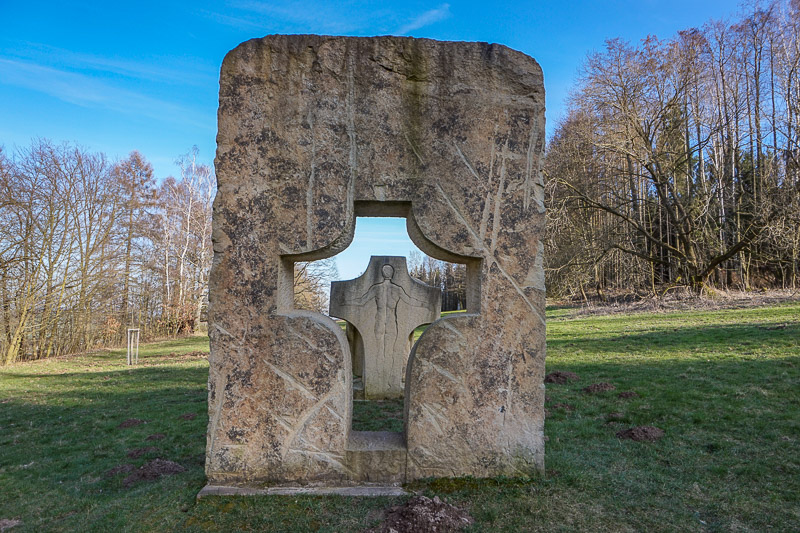 How to Get to the Hospital Kuks

The Hospital Kuks is about a 1,5-hour drive from Prague, direction to Hradec Králové and further North direction to Broumovsko. You can easily park in Kuks village. You can even take a train from Prague’s central railway station with one transfer in Jaroměř (about 2,5 hours). Another option is to take a direct bus from Černý most (less than 2 hours). 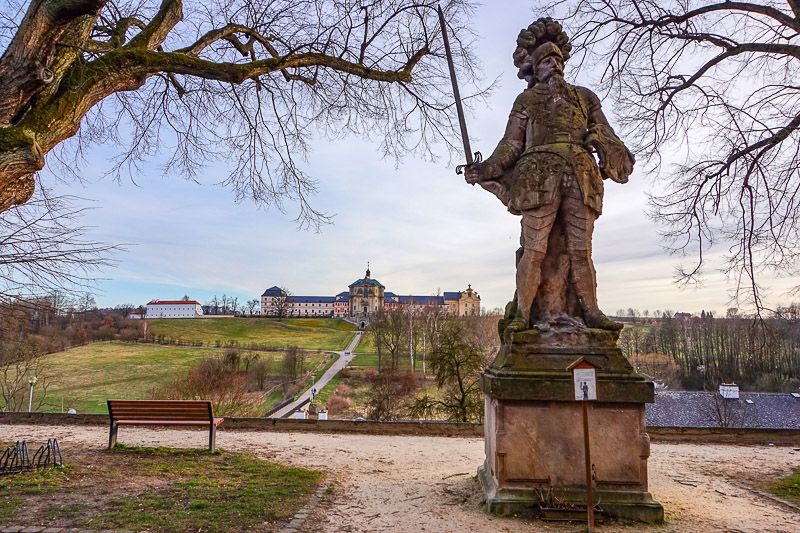 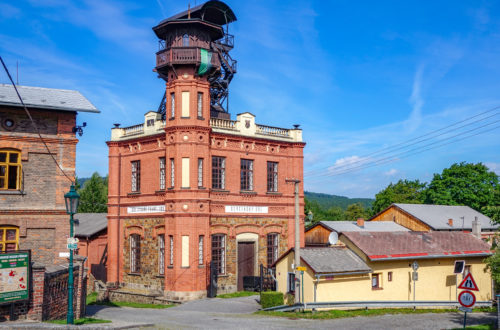 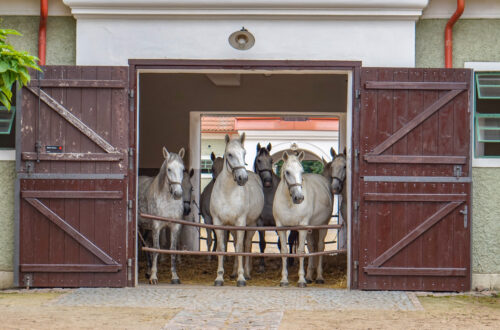 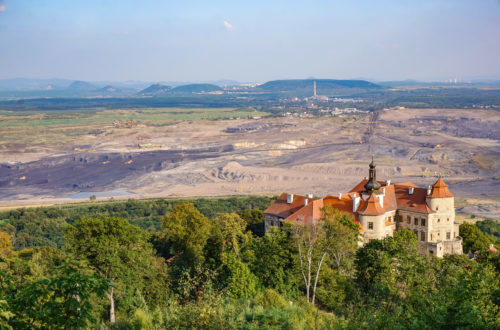 Chateau Jezeří: Beauty at the Edge of the Coal Quarry