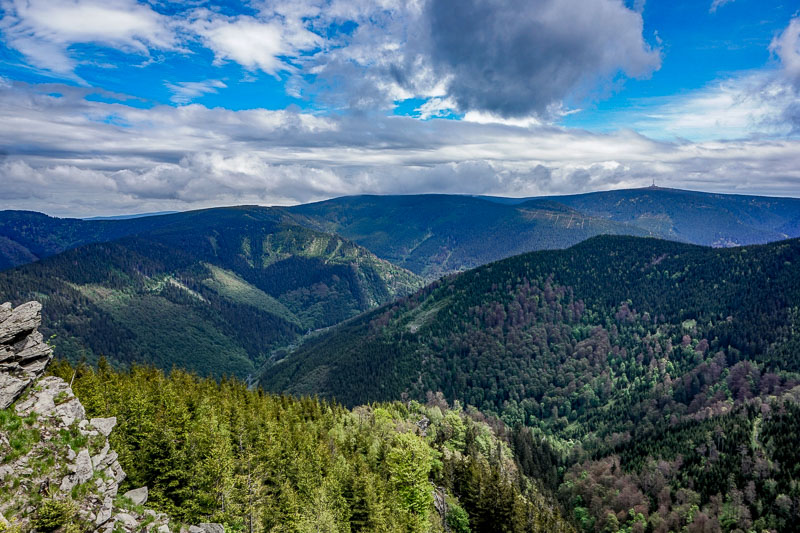 Jeseníky is a magical area known primarily for its mountains, then for its spas founded by Vincence Priessnitz (first one worldwide who began to use hydropathic methods for curing), but also for the witch-hunt in the 17th Century. This article focuses on hiking in nature, but the history of witchcraft is sometimes omnipresent. 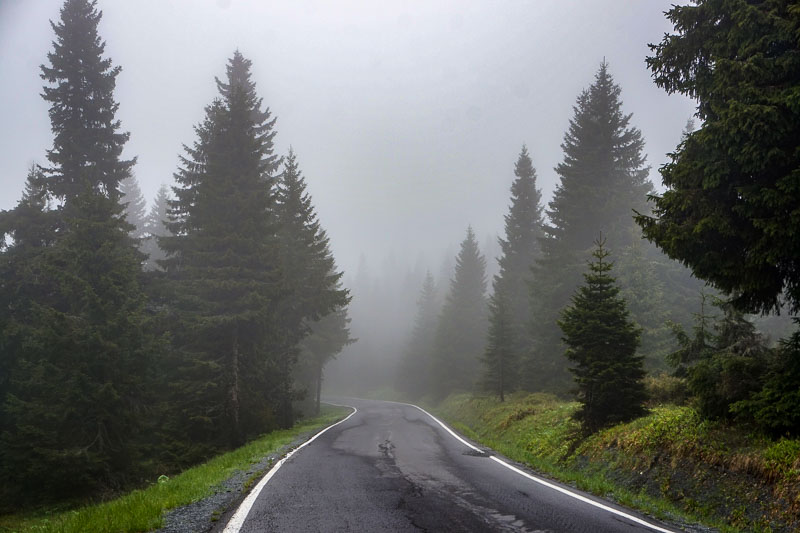 This small town became a center of witch hunts from 1622 until 1692 when the Habsburg king stopped these absurd procedures. The center of the torture used to be a beautiful Renaissance chateau, which is open for the public today. 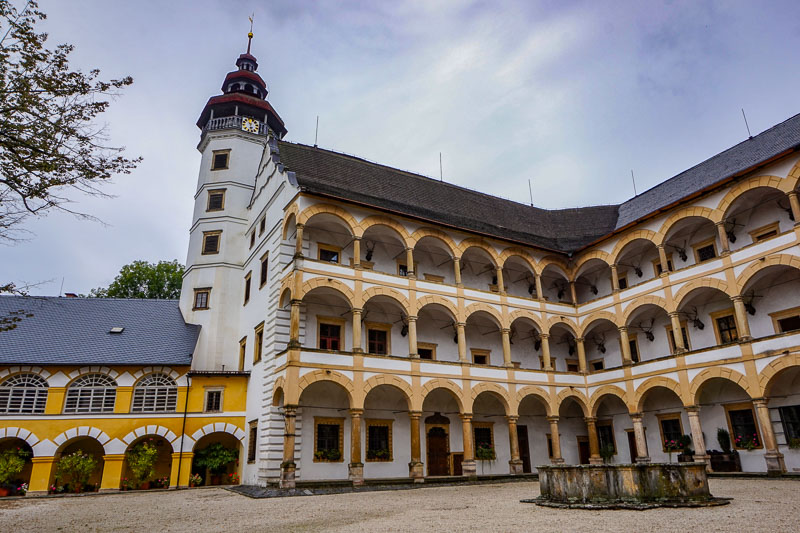 Another interesting place to visit in Velké Losiny is the Paper Mill producing handmade paper to this day. It is the last one of this kind in Central Europe. You can have a tour inside and watch the process of paper creation. It is declared as a national monument and aspires to be enlisted as a UNESCO site. 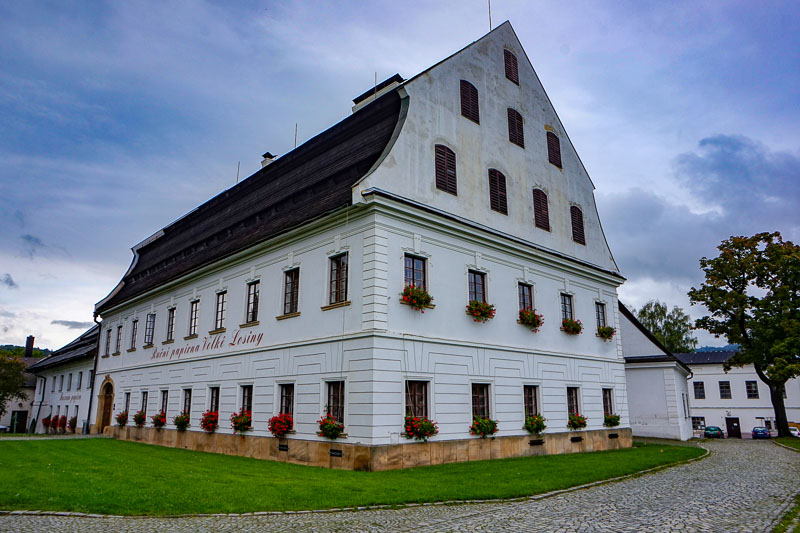 The most famous and exciting trail in the Jeseníky mountains is undoubtedly the Bílá Opava trail. It starts in a small spa town called Karlova Studánka and finishes on the top of the Praděd, the highest peak of Jeseníky mountains. It leads you about 6 km in a deep valley alongside the spring of Bíla Opava river. The whole trail is full of wooden bridges, some ladders, and chains, but everything is safe. On the way, you can admire several waterfalls, with the highest one about eight meters tall. 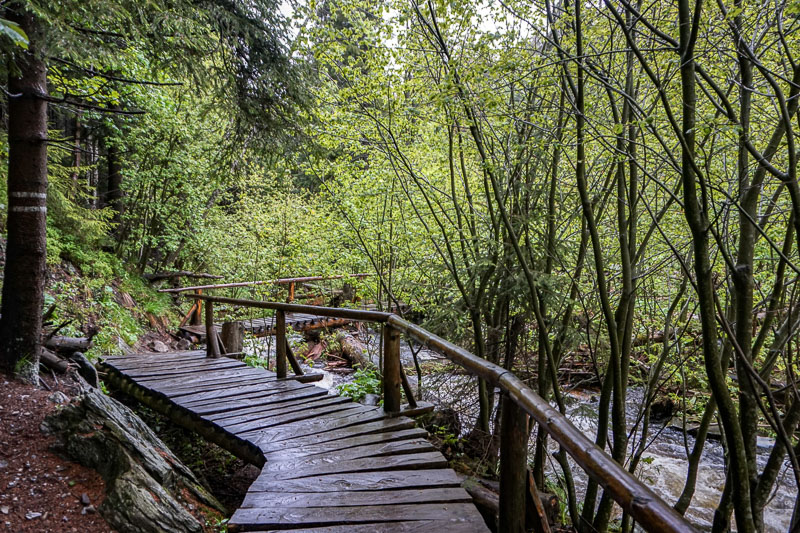 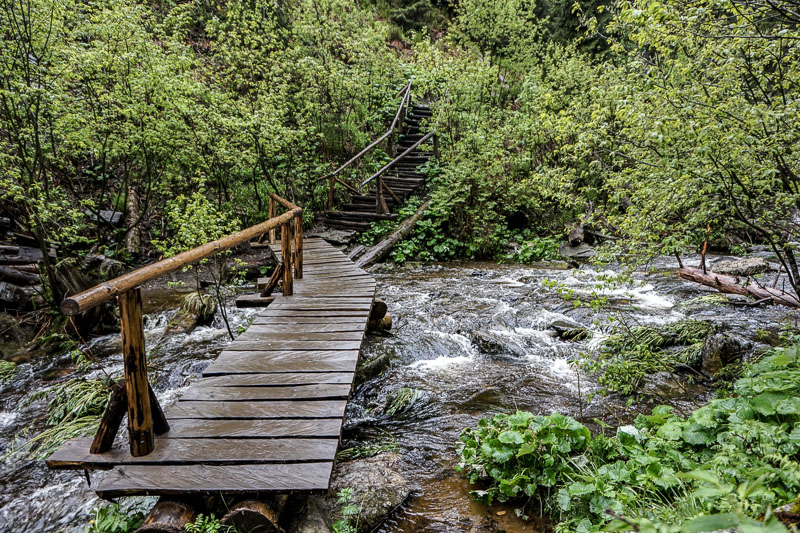 Praděd means grandfather in English, and it rises to the elevation of 1491 meters above sea level. It is the highest peak of the Silesia-Moravia region and the fifth highest in the Czech Republic. It is easily recognizable from a distance thanks to the TV tower built up in the 1970s. Praděd is a great hiking destination since you can refresh yourself in the restaurant and climb the tower’s peak for amazing views. Unfortunately, during my visit, everything was in the clouds, and we couldn’t see anything.

Peter’s stones are an interesting rock formation with several rare species. During the witch hunts in the 17th Century, people believed that witches had their sabbats here and feared this place. Today, you have a great view of the Praděd and Jeseníky mountains, but the access is partly restricted.

This beautiful lake on top of the mountain is an artificial water reservoir with a hydroelectric plant underground. It is the third-largest hydroelectric power station globally and one of the most beautiful ones for sure. During my visit, I encounter an extraordinary situation when the reservoir was empty. So, you can compare pictures of how does it looks like in both situations. 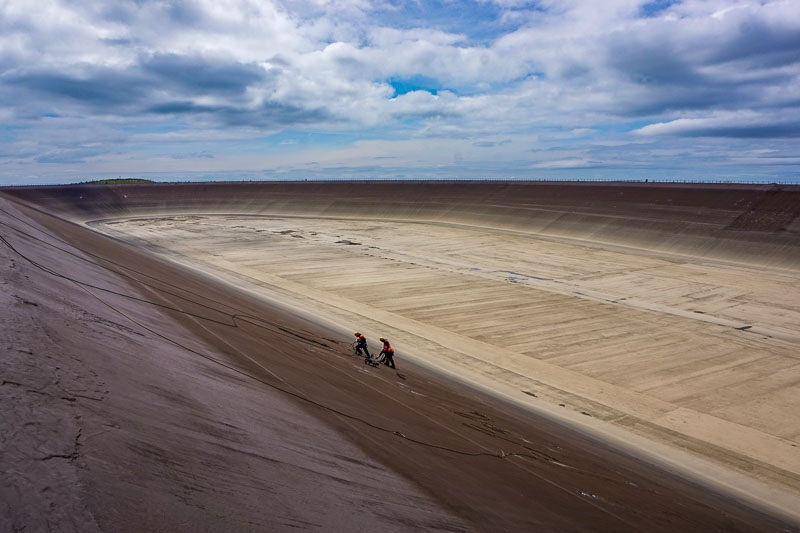 Church of St. Michael in Maršíkov

I was impressed by St. Michael’s wooden church in a small village Maršíkov near Velké Losiny. It was built in the late-Renaissance rustic in 1609 from timbers. You can still admire the original interior decorations. 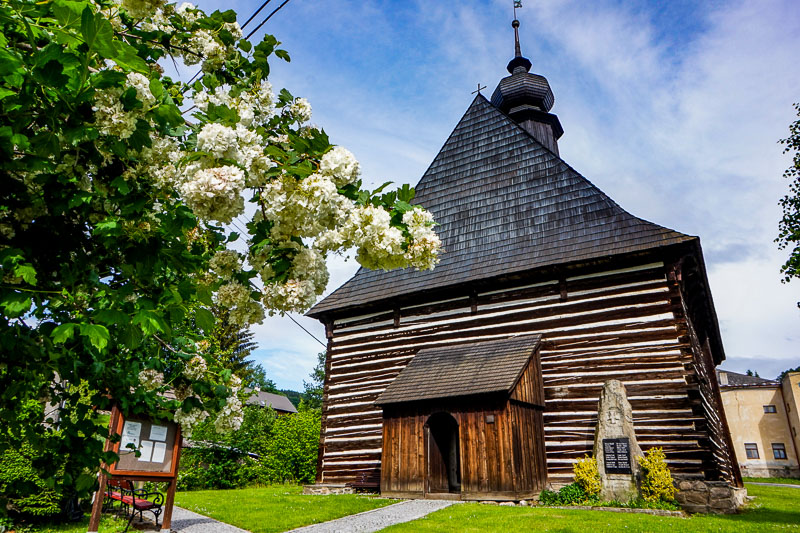 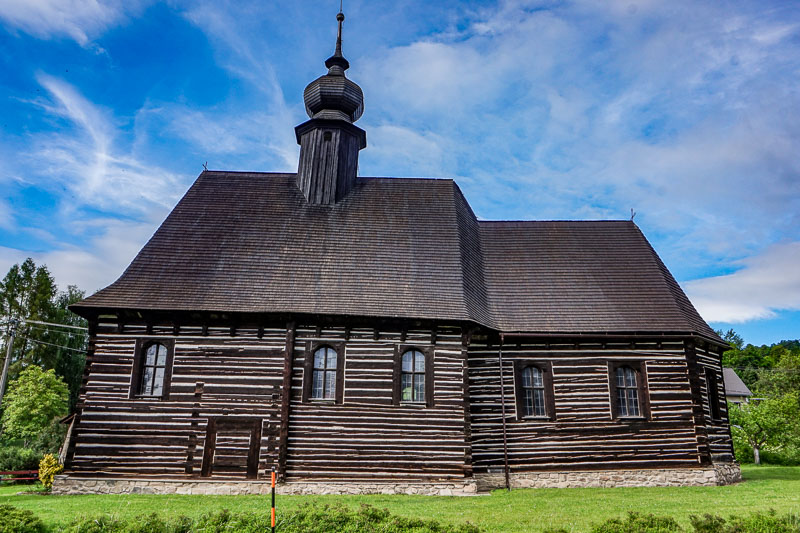 Slezská Harta is a vast water tank constructed beginning the 1990s where you can enjoy the summer season by swimming, yachting, windsurfing, fishing, or taking a boat trip around. Nearby, there is a hill Velký Roudný with a lookout tower on the top. It’s a nice trip for a broader view of the whole water reservoir. 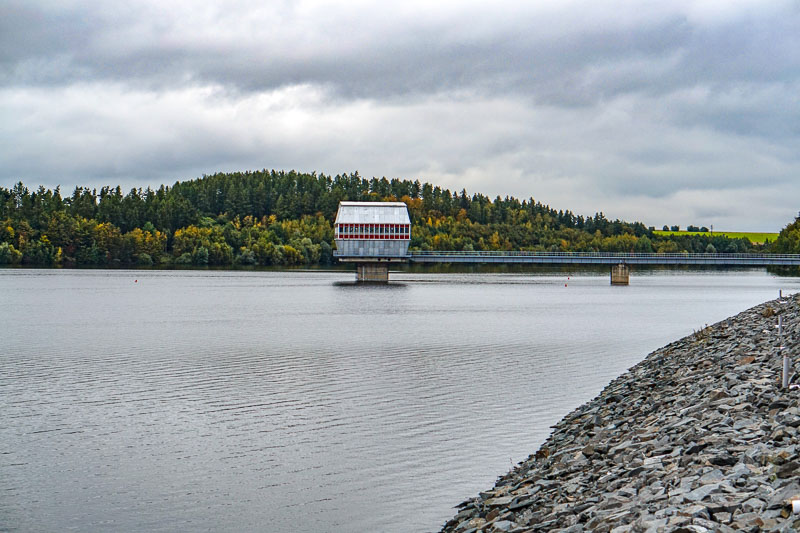 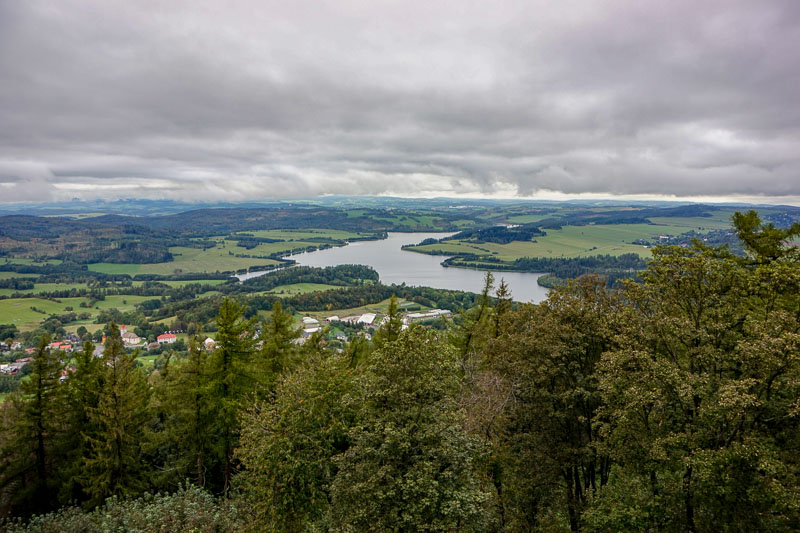 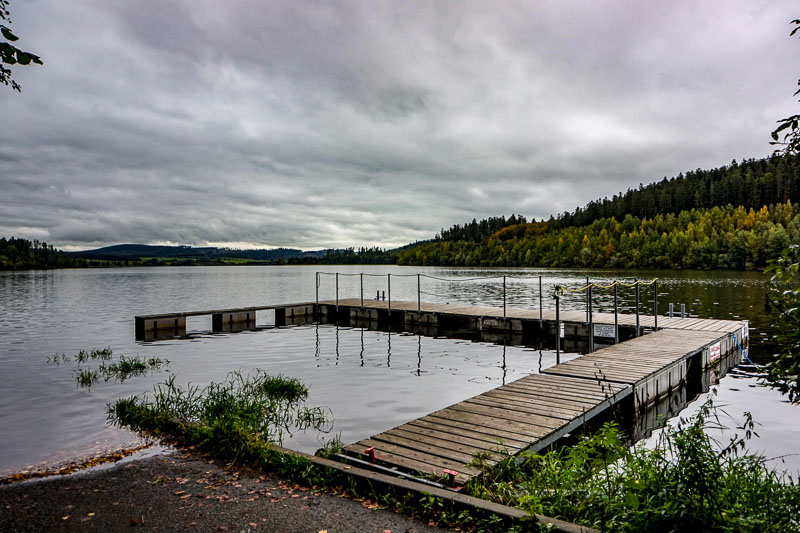 How to Get to Jeseníky

Jeseníky mountains are not far, but there is no direct highway. So, prepare for at least a three-hour trip by car, direction North-East. The benefit of long-distance is that you won’t meet a large number of tourists here. I would recommend booking accommodation in Jeseníky. I personally stayed in the Fortys Morávka. Enjoy, you will like it 😊 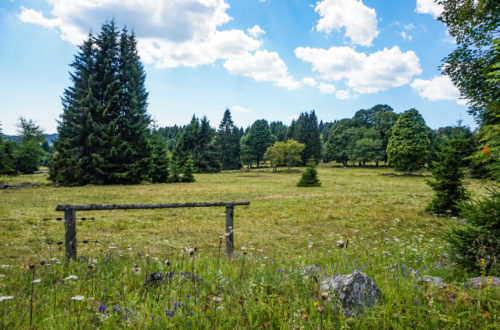 Šumava: A Silent Witness of the European History 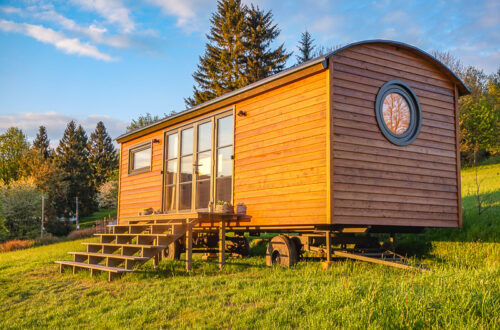 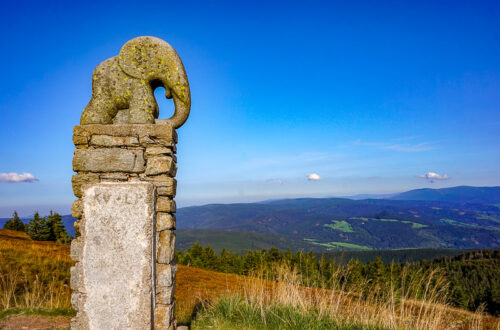