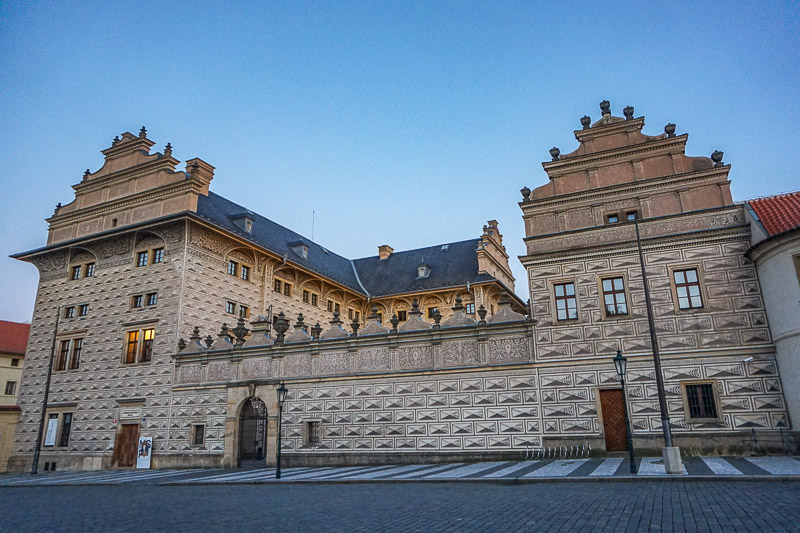 National Gallery has several buildings around Prague. If you are fun of old masters, such as Rembrandt, Goya, Dürer, and many others, or you like architecture, you should definitely visit the Schwarzenberg Palace.

Schwarzenberg Palace is a recognizable part of the Prague Castle panorama. Next to the castle’s entry gate, you find a vast palace decorated with black-and-white sgraffito. This style represents the so-called Bohemian Renaissance, mixing Italian and Czech influences. Today, there is even a mixture of Renaissance with modern architecture in the lobby. I think it’s really well-done. 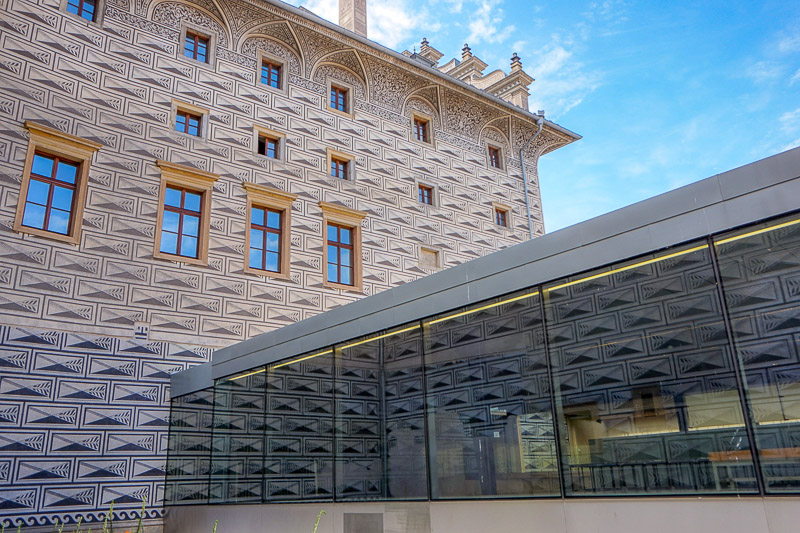 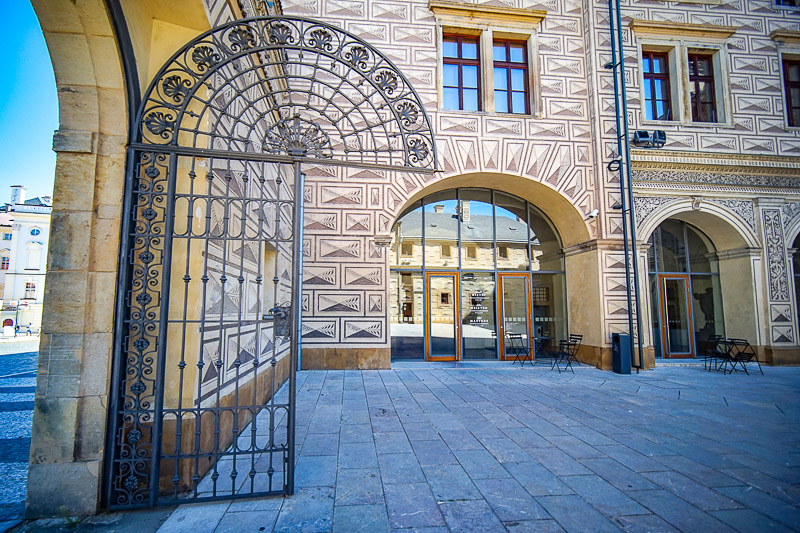 The National Gallery opened its first exhibition in this Palace only in 2008. It is devoted to the old masters of Baroque art with treasures of Bohemian Baroque. You can admire masters such as Rembrandt van Rijn, Peter Paul Rubens, El Greco, Francisco José Goya, Albrecht Dürer, Petr Brandl, and several other renowned authors of the Baroque period that dates back to the 16th and 18th centuries. The Palace’s interior is attractive as well, thanks to the well-preserved painted ceilings from 1580 that represent antique mythology, as was popular at this time. 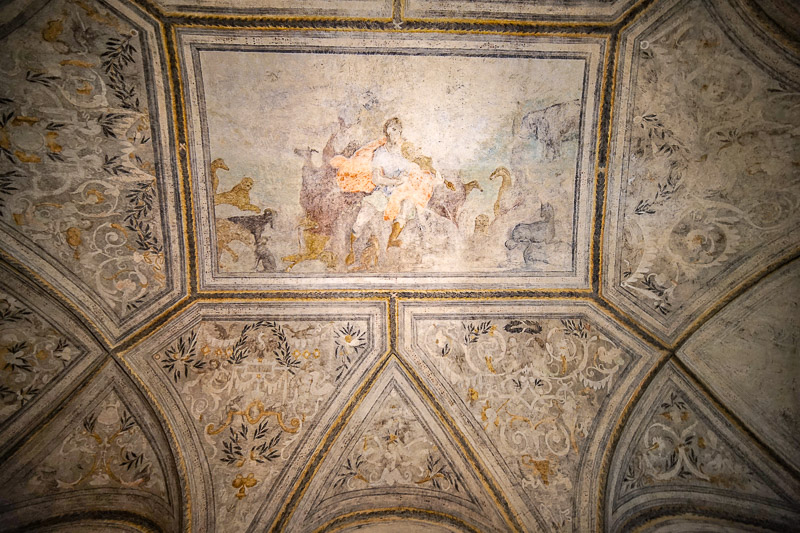 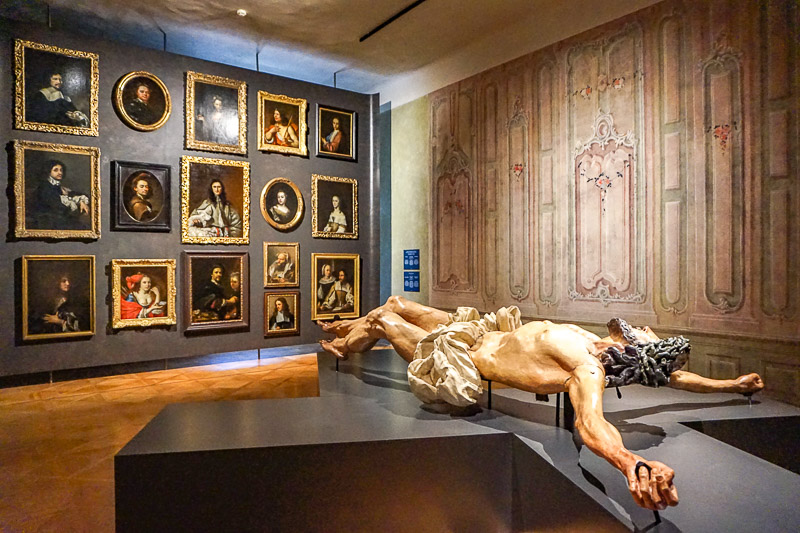 Its history dates back to the 16th century when four medieval houses were destroyed by fire. Then, the noble family of Lobkowicz, influenced by the Italian Renaissance style, built its residence here. Later on, Schwarzenberg noble family became the owners, and they decorated Palace with this iconic black-and-white sgraffito. During World War Two, the Nazis turned Palace into a military museum, and it remained like this even during the Communist period. Then, the military museum moved to Invalidovna, and the building required reconstruction. It takes six years (2002 – 2008) until the building gets a facelift, both from interior and exterior, and you can admire both its architecture and the exhibition inside.

If you are fun of galleries, I would recommend you exploring more buildings of National Gallery Prague. You can find modern art of the 20th and 21st centuries in Trade Fair Palace. The most attractive exhibitions you can find at the Old Town Square in Kinsky Palace. The Old Masters of the Baroque period has its place right in the Schwarzenberg Palace. 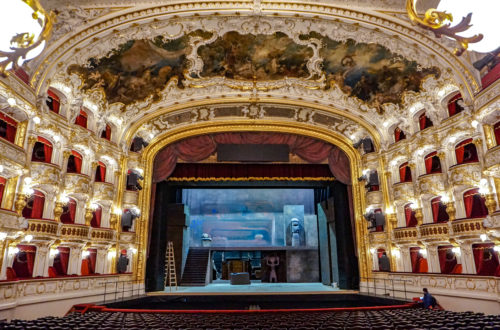 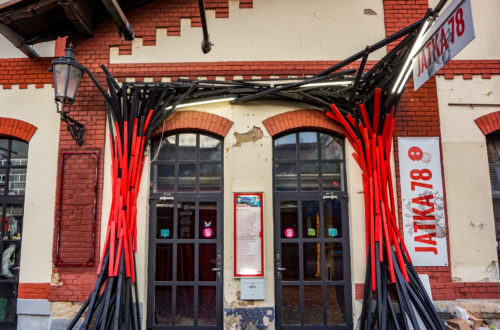 Jatka78: From Slaughterhouse into Experimental Theatre