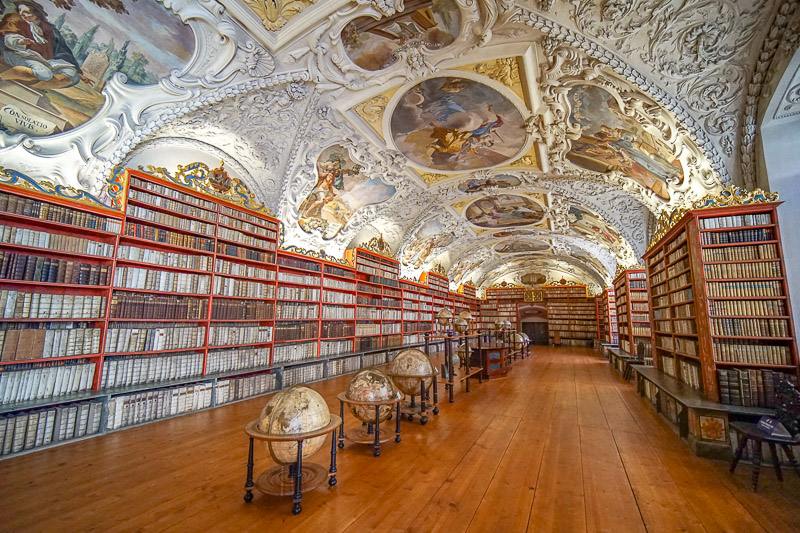 One of the most beautiful libraries in the world is hidden in Strahov Monastery, close by the Prague Castle. However, this monastery is not only about the library, but it also hides the cabinet of curiosities and the picture gallery. You can find a fascinating museum of miniatures within its area, a brewery, and one of Prague’s most spectacular views.

About the Strahov Monastery

You might hear about the Strahov Monastery primarily thanks to its breathtaking library that regularly appears on the list of places that you should visit at least once in your life. Take this advice seriously and have a tour of the whole monastery. Besides the Baroque library and its cabinet of curiosities, you can visit a part of the monastery and its ambits, the basilica, and admire the picture gallery. Just be mindful during your visit because there are still about 70 monks living there. 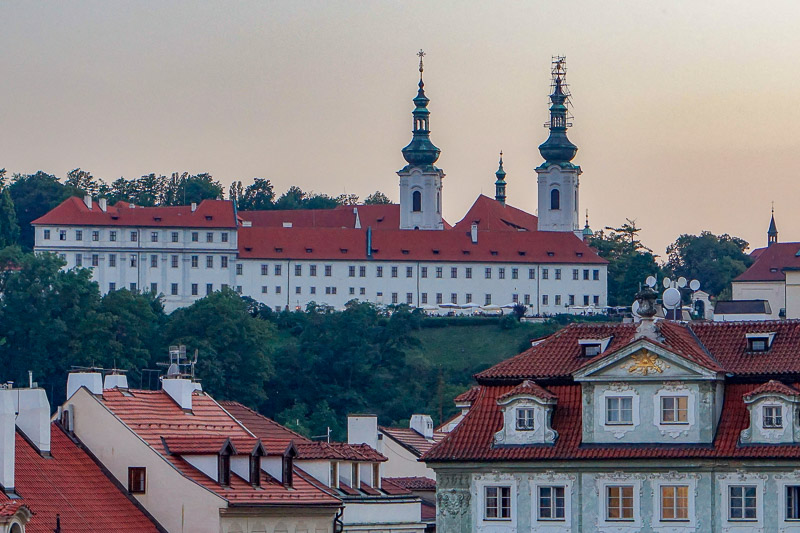 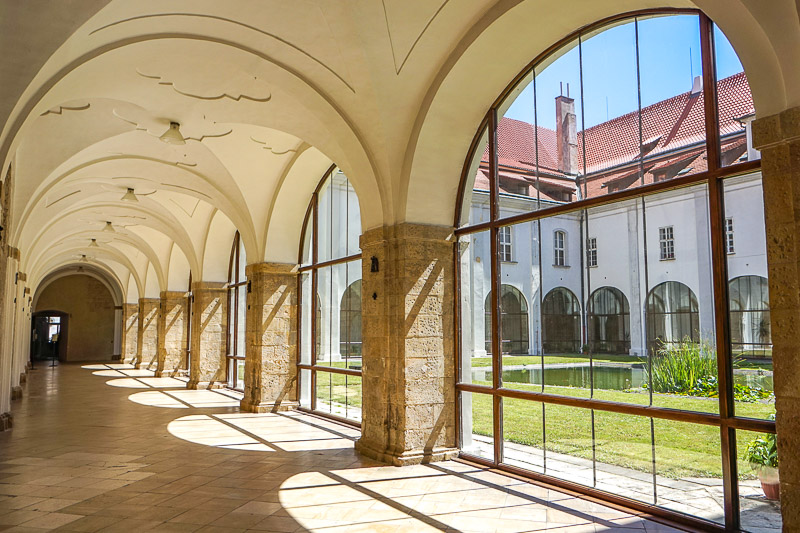 Story of the Strahov Monastery

The monks established the monastery on the hill by the Prague castle almost 1000 years ago. Since then, it was attacked and plundered so often that it needs to be significantly rebuilt. The first attack arrived during the Hussite wars in 1420 when most books and furnishing were burned. By the end of the Thirty Years’ War (around 1648), many precious books and objects were stolen by the Swedish and Finnish armies. Then, significant reconstruction of the monastery in the Baroque style started. In 1742, the monastery was damaged by the French bombardment of Prague. It only enhanced the Baroque reconstruction and enlargement of the library that you can admire today. 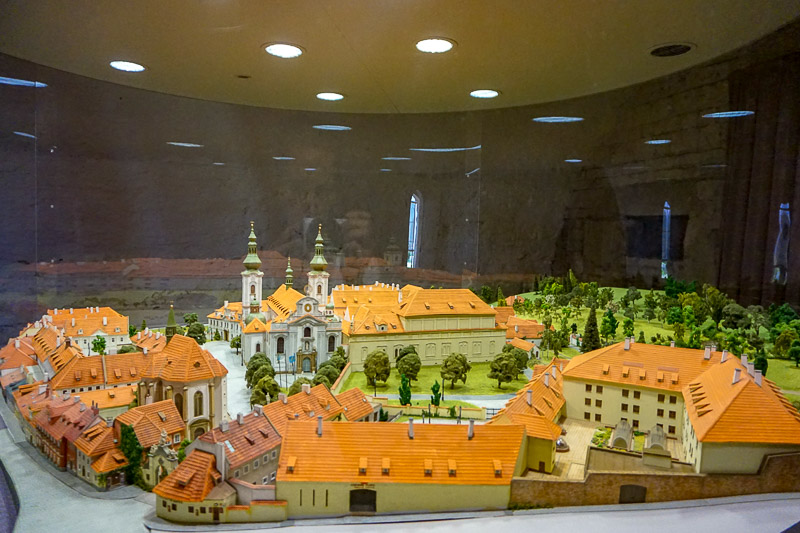 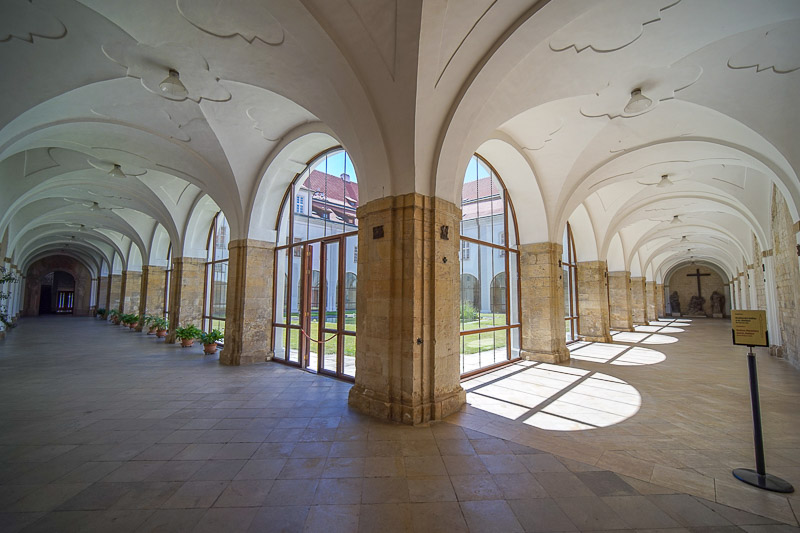 Strahov library has two different halls, Theological and Philosophical, that are very different, but equally wonderful. You can spot them even in Hollywood movies, such as Bond film “Casino Royale” or horror “From Hell” with Johnny Depp. It is no wonder that these halls with 300.000 books still attract thousands of visitors a year.

The Theological Hall is the older sister of the Philosophical Hall. It was founded between 1671 and 1674 and contains mostly various translations and publication of the Bible. You will be impressed by the ceiling decorations and the number of globes that are also highly photogenic. 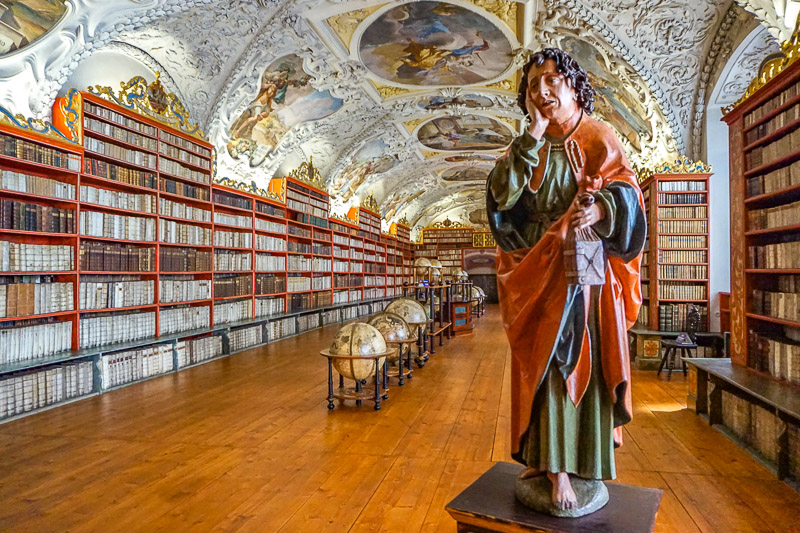 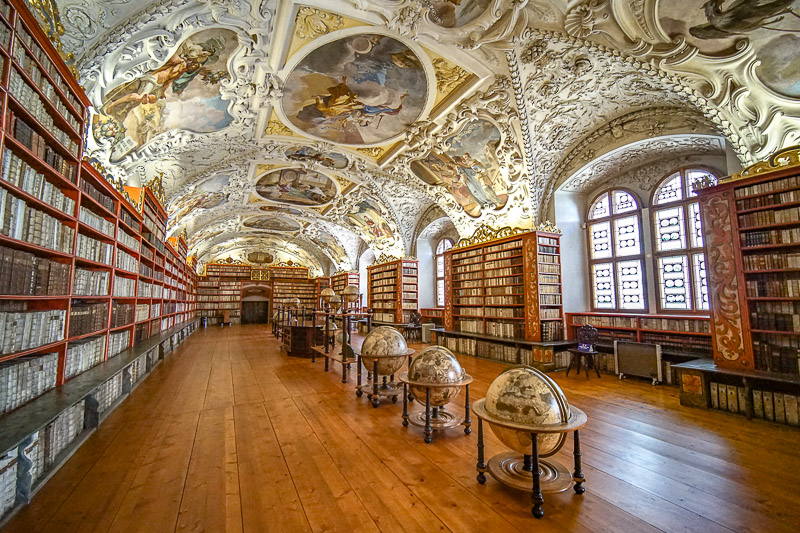 The Philosophical Hall was built more than 100 years later, between the years 1783 to 1785. It is the largest room in the monastery and takes up two floors. You can find here books relocated from the abolished Premonstratensian Monastery in Louka by Znojmo. You can find here books about philosophy and sciences such as astronomy, mathematics, history, philology, etc. The main dominant are frescos on the ceiling depicting humankind’s intellectual progress, from the Old Testament to Greek civilization and its philosophers, to the New Testament. Altogether, this combination of historical books, frescos, and colossal space evokes an exceptional feeling in you. 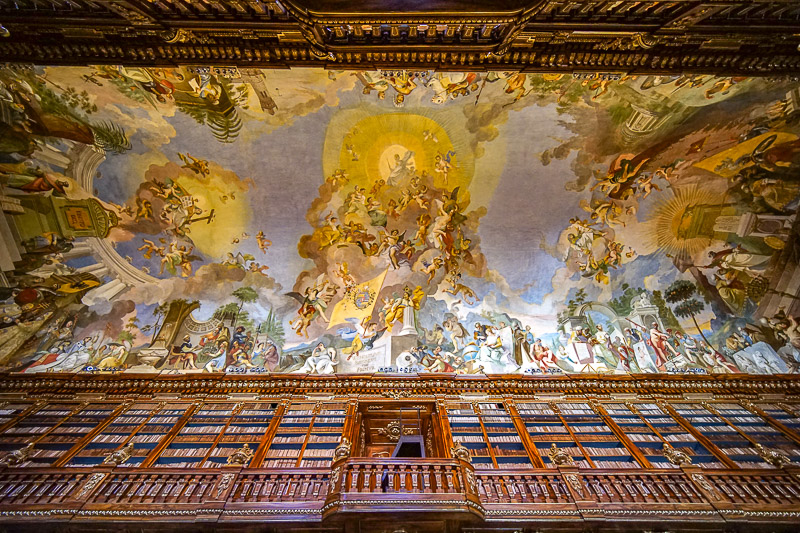 In the corridor between two halls, you can find the cabinet of curiosities, which can be considered as a predecessor of modern museums. The collection presents interesting products of natural and cultural sciences. I found fascinating a collection of exceptional books, with one that is older than the Czech state. It dates back to 860 and is full of colorful illustrations, and there are several beauties like that. 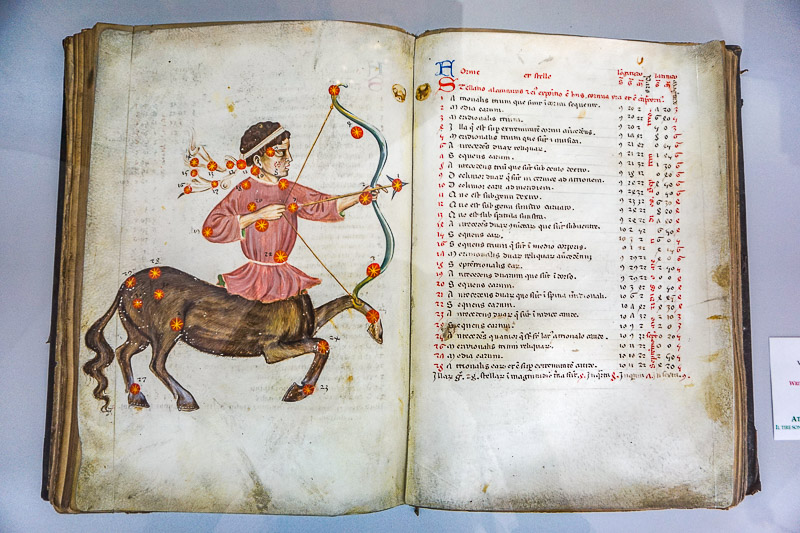 The main exhibition space of the gallery is the corridors of the monastery. The majority of paintings come from the Baroque period since the older treasures were plundered during various events. A significant part of the collections disappeared during the communist period as well. Anyway, you can still admire the Strahov Monastery treasury’s best pieces that are worthwhile to explore. 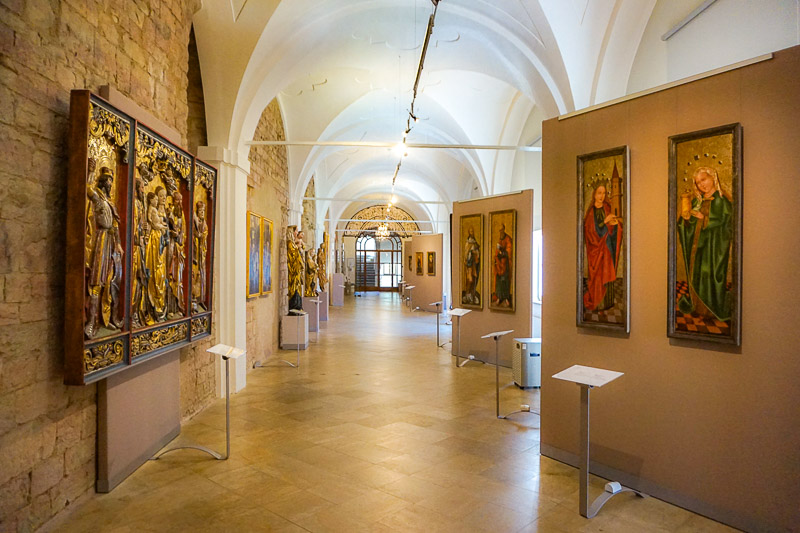 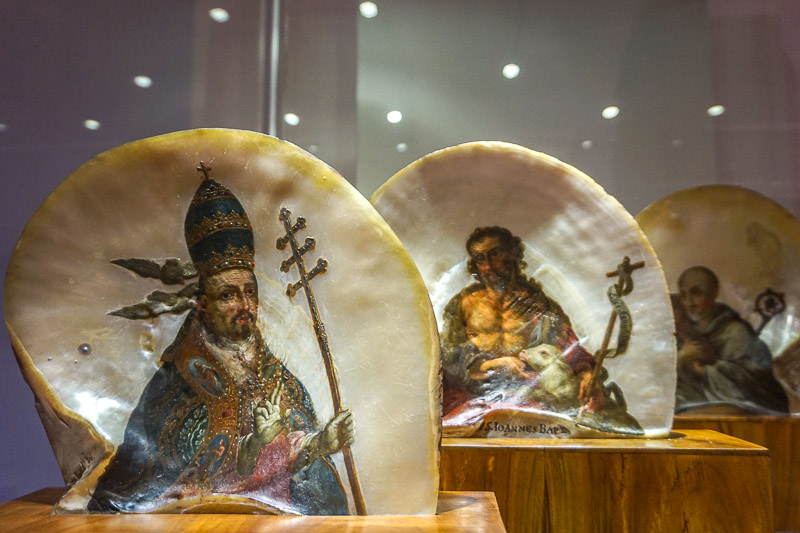 The Basilica of Assumption of Our Lady experienced all the main architectonic styles –
Romanesque, Gothic, Renaissance – until it gained its Baroque appearance. Its beauty appreciated even Wolfgang Amadeus Mozart during his visit in 1787 when he played on the organs. 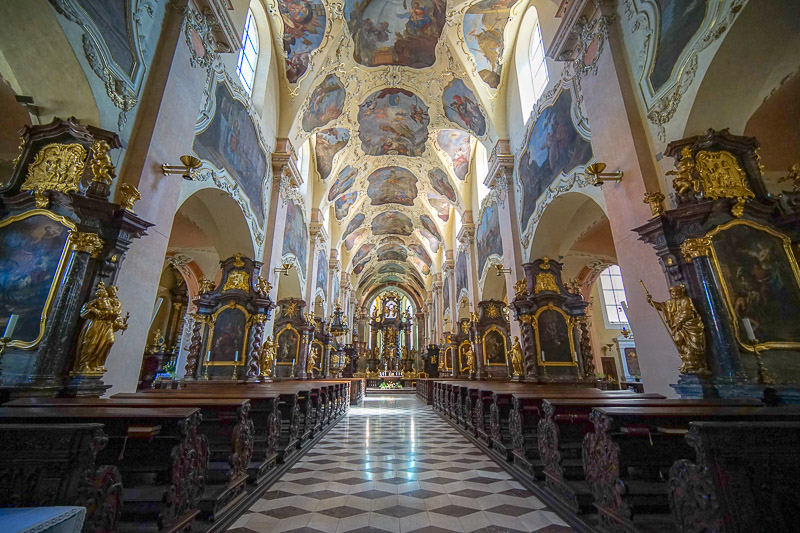 Before you leave the monastery, don’t forget to stop by the phenomenal Museum of Miniatures, including one of the Guinness Records, the world’s smallest book. The author of this fascinating collection of micro-miniatures is Anatoly Koněnko from Siberia. He invented his instruments to create masterpieces on small seeds, hair, needle, and many more fascinating objects.

It is impossible to see them by your eye, so take advantage of magnifying glasses and lenses to discover the impossible. Among 29 exhibits, you can admire mini-copies of a famous painting from Leonardo da Vinci, Rembrandt, Botticelli, Salvador Dali, or Henri Matisse. Another part includes masterpieces such as a train with passengers on a human hair, a caravan of camels in the eye of a needle, the smallest book in the world with 30 pages and three illustrations, the Lord’s Prayer written on a single piece of hair, a sailboat on a mosquito wing and many more. 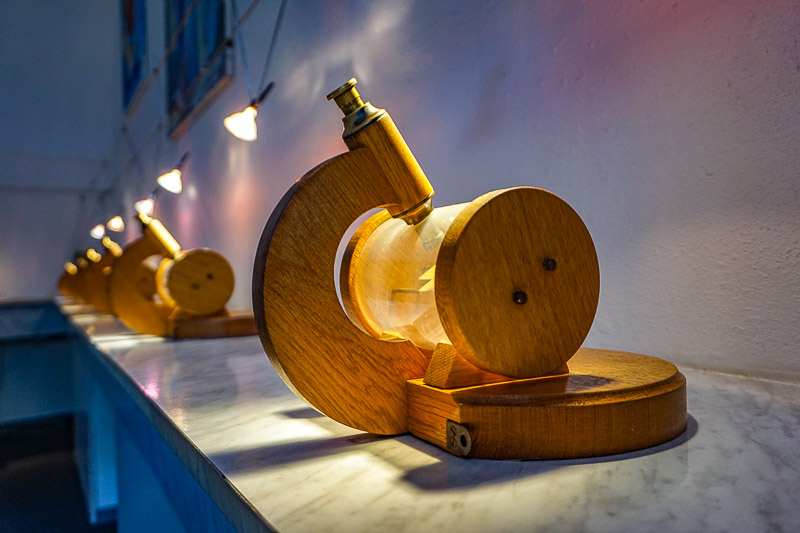 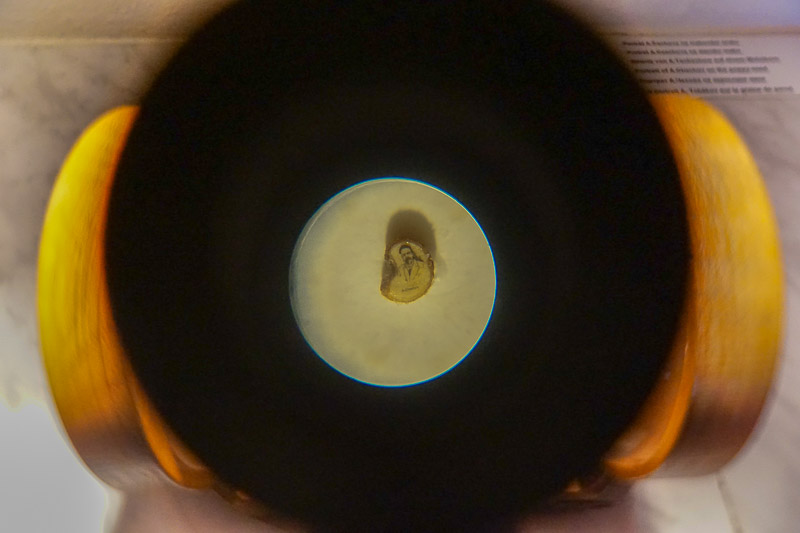 How to Get to Strahov Monastery

Strahov Monastery has a visible white silhouette between Prague Castle and Petřín. You can see it from a distance, and it’s beautifully illuminated, especially during the night. You can get there after you explore the Prague Castle, it is about 10 minutes walk. Another option is to take a tram to station Pohořelec from where it’s about 3 minutes walk. Enjoy! 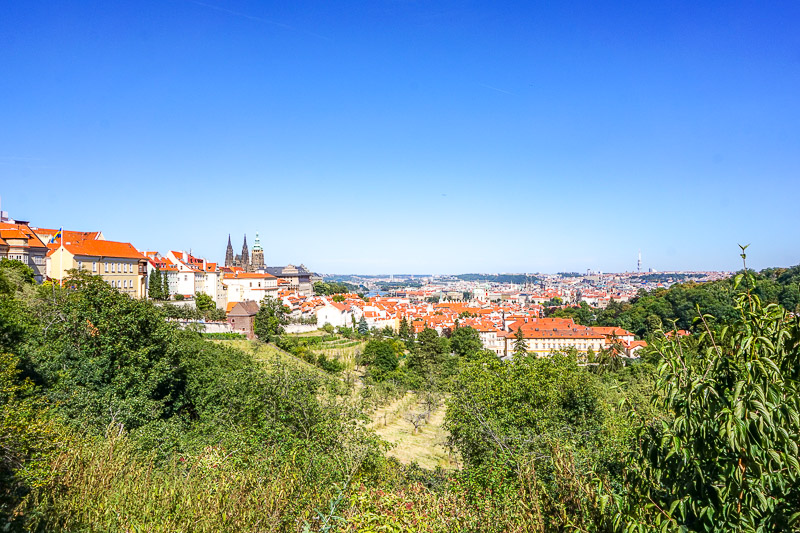 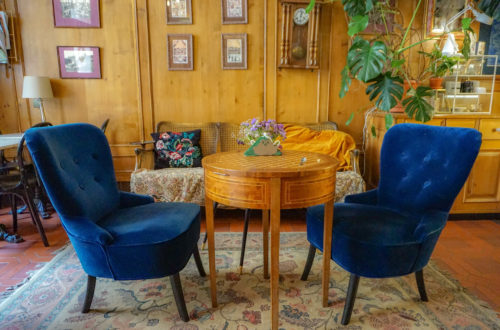 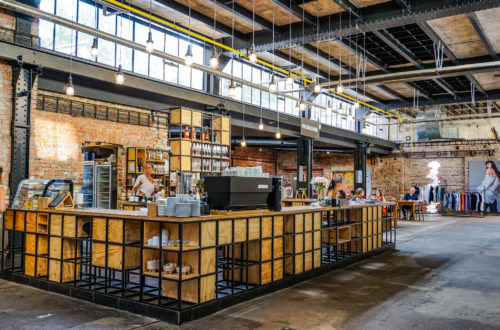 Vnitroblock: The Secret of One Courtyard 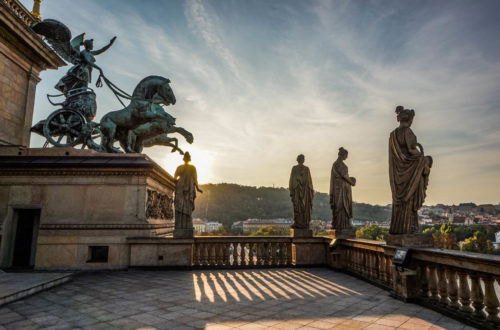