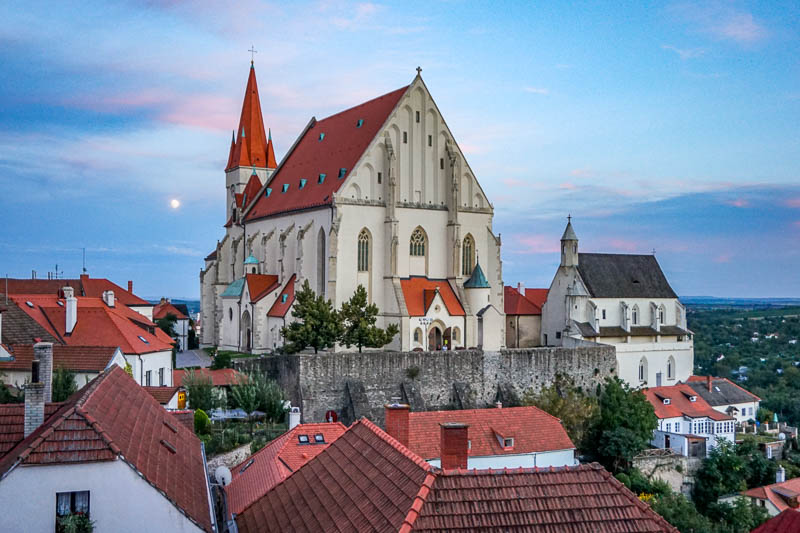 Znojmo was ranked as one of the most beautiful cities in the world. There is no doubt about that. Thanks to its wine culture and historical architecture, it offers unique genius loci. Furthermore, Znojmo is an entry gate to the National Park Podyjí.

The Story of Znojmo

Znojmo is a city of wine, picturesque streets, and marvelous views over the National Park Podyjí. I was impressed by the medieval character of the city with vineyards above the Dyje river. There is no wonder that Znojmo was ranked among the most beautiful small towns in the world. Furthermore, it is a popular stop-over on the road between Prague and Vienna. However, I stayed for three days, enjoyed the genius loci of the city, and explored nearby National Park Podyjí as well. 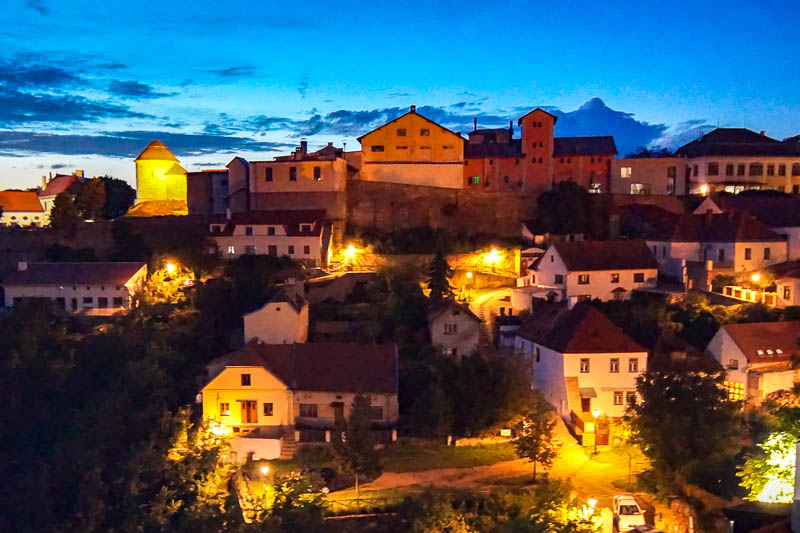 One of the main highlights of Znojmo is an endless underground of medieval tunnels. With almost 30 km length in 4 levels, the underground is among the most extensive in Central Europe. They were constructed around the 14th century as a storage place for wine and food, but also as a shelter for local people against invaders. You can have a one-hour long guided tour suitable for adults (wine tasting provided) as well as children (some ghosts are included). 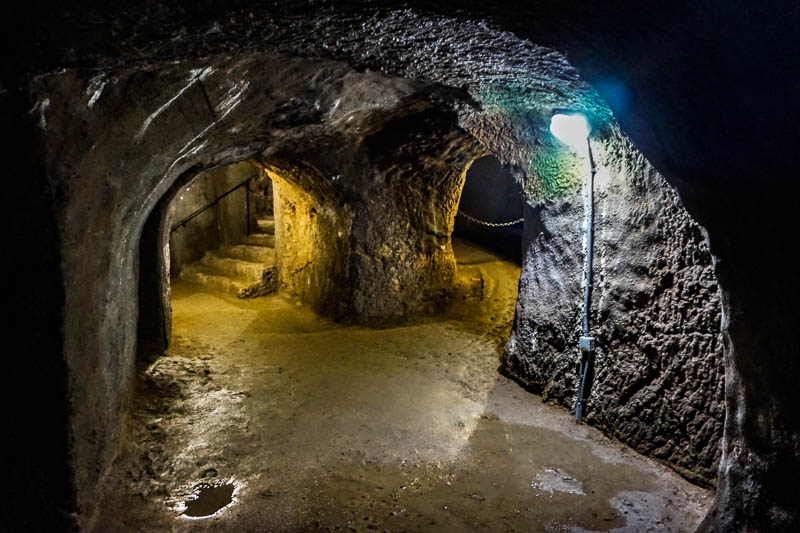 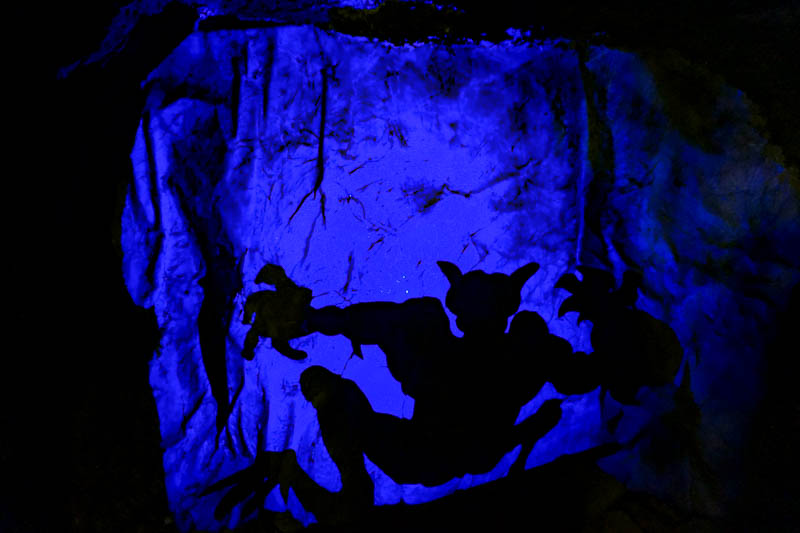 The tower is a dominant of the city with its 70 meters height. On its top is an observation deck with a view on National Park Podyjí and nearby Pálava hills. It survived almost original since the 15th century, with some damages caused by a bomb during the war in 1945. 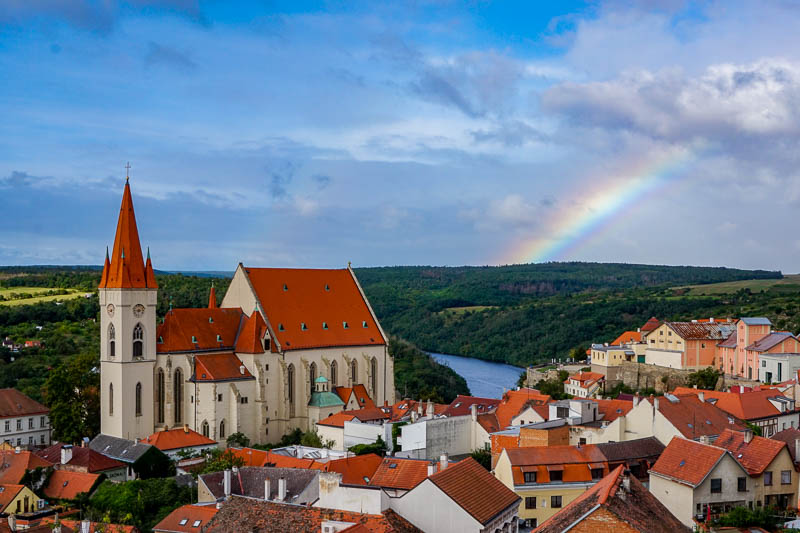 One of the most charming monuments in Znojmo is standing on the rock above the Dyje river. There is a fantastic view of the city, its vineyards, and nearby Znojmo castle. During the night, it’s beautifully illuminated and creates a wonderful atmosphere. Just next to the St. Nicholas church, there is less noticeable Chapel of St. Wenceslas. Don’t miss this hidden gem that is hiding two levels. Especially from the upper part is an outstanding view of the river from its hidden gallery. 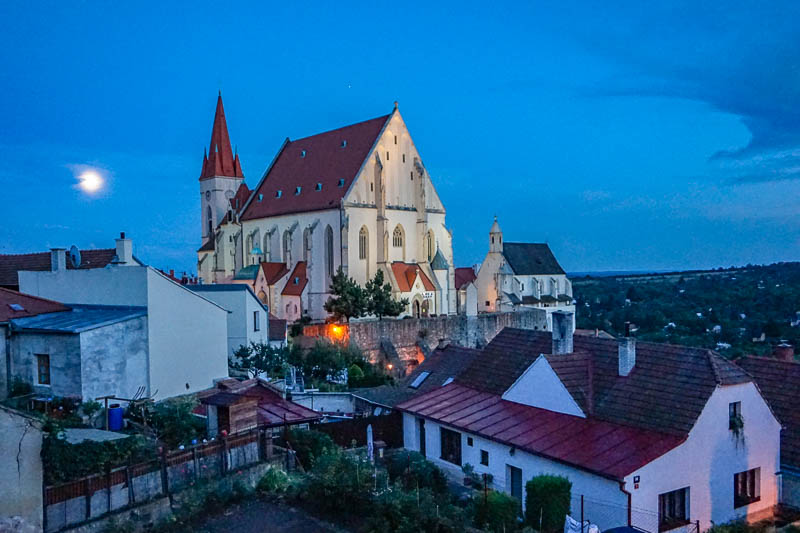 It is the oldest and best-preserved Romanesque architectonic gem in the Czech Republic. The main treasure is hiding inside — well-preserved frescos of the Czech dynasty dating back to 1134. If you are interested in art and history, you should not miss this exceptional treasure. 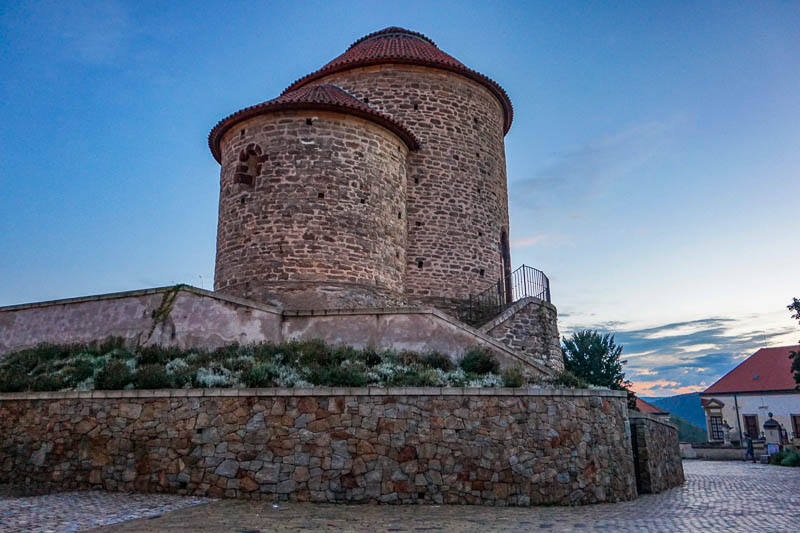 Enotéka offers you a wine tasting of more than 120 wines of local producers. You take a glass of wine and use the special automats for tasting as many samples as you want. The location of Enotéka is exceptional. It was constructed in the building of a former brewery with substantial industrial windows facing the St. Nicholas Church. You can even take your glass outside and admire the panorama of the city. 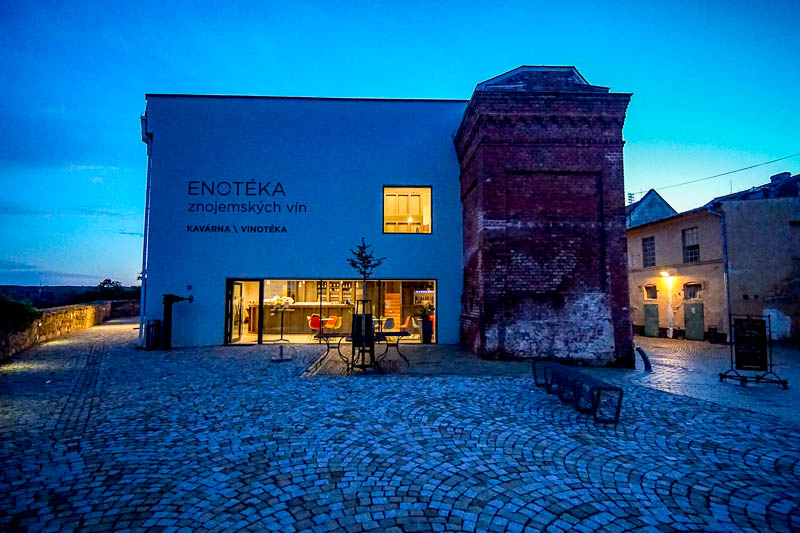 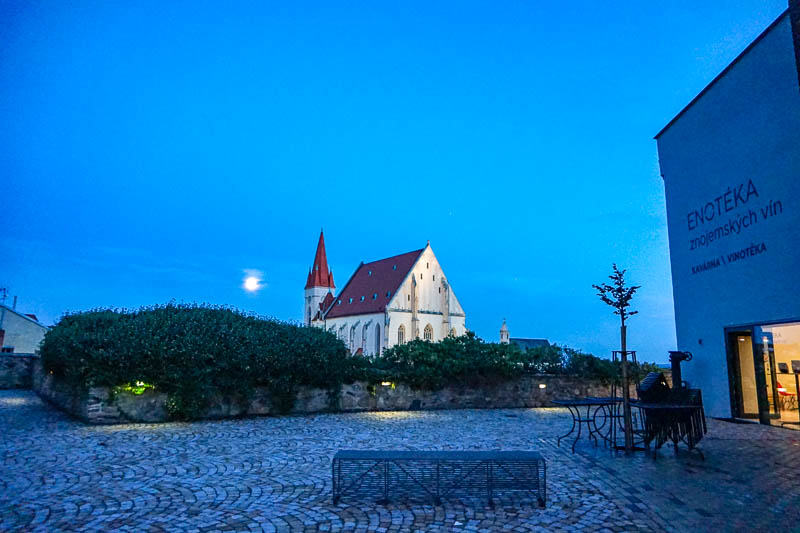 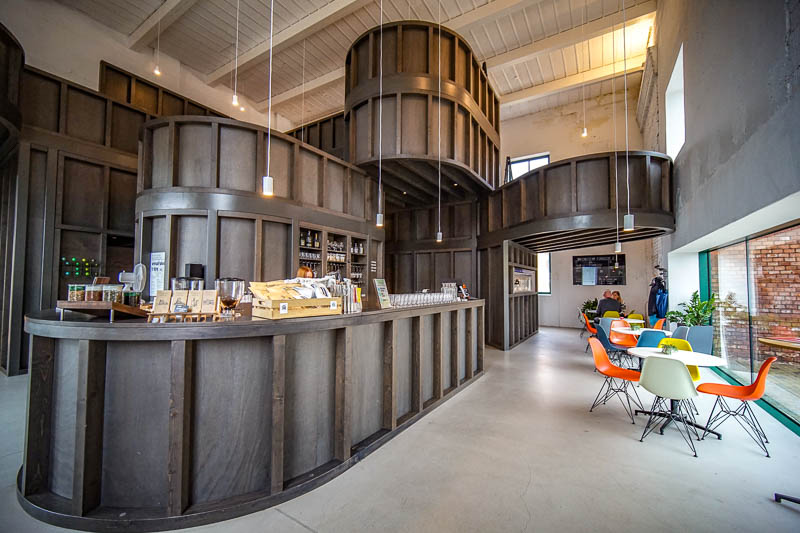 Not far from rotunda and Enotéka, you can find the Minorite monastery serving as a Museum of South Moravia today. You can learn about Moravian culture and history from different points of view. 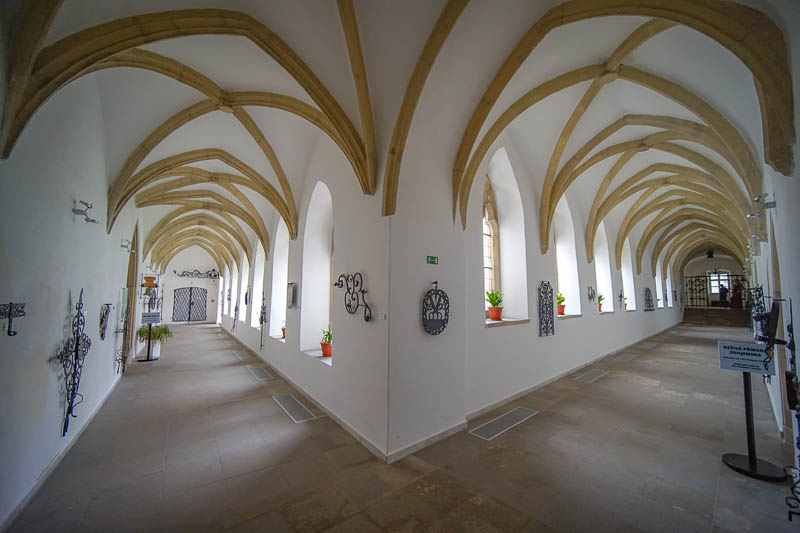 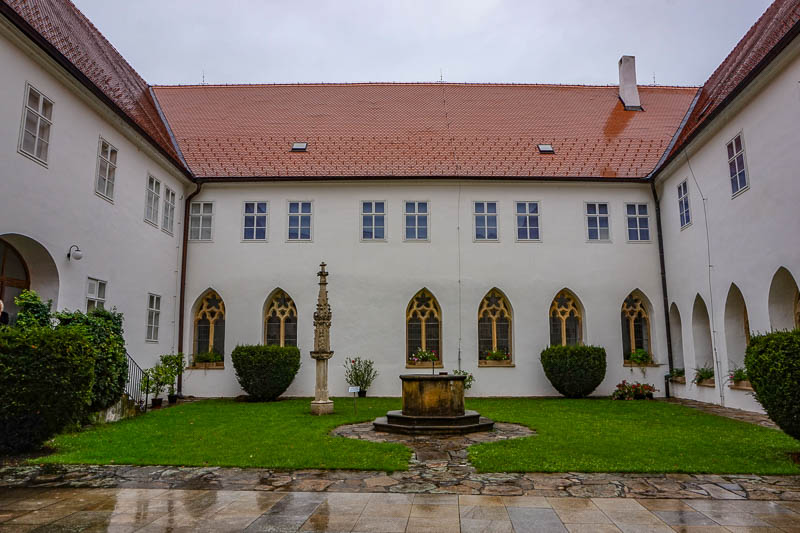 On the other side of the city is a small gallery of modern art that is offering exhibitions of progressive artists as well as a design café. If you would like to see some exceptional artists and link it to the excellent quality café or wine, you should not miss this place. 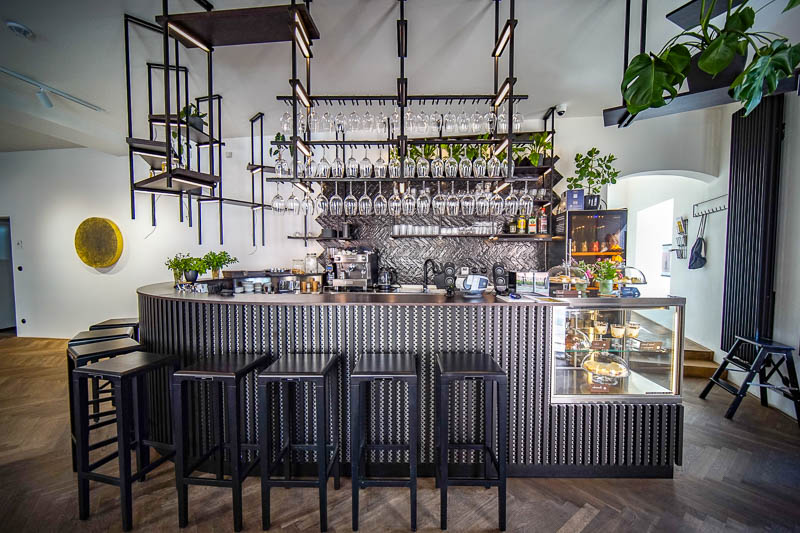 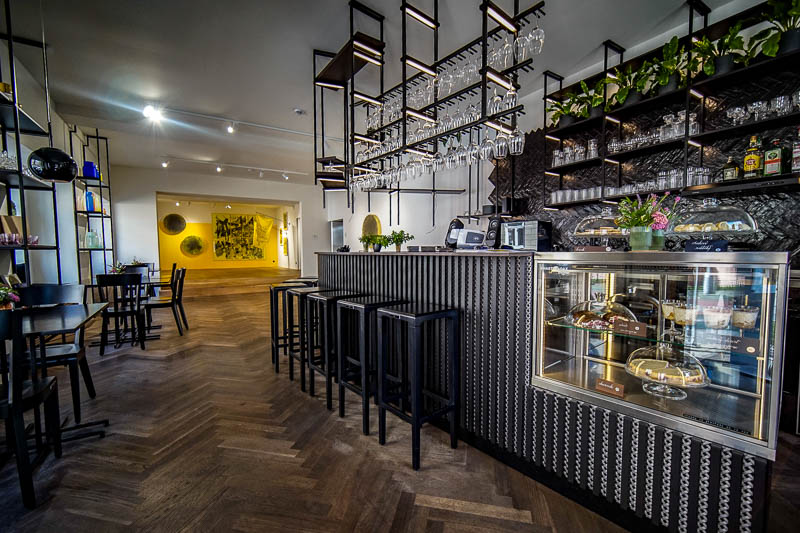 About 5 km from the city center, you can find a newly constructed Winery Lahofer. The same architects projected its modern design as of Enotéka. The winery was open in 2020, and it serves as a degustation place. It has the ambition to open its doors to cultural activities and open its terrace as a viewpoint across the neighboring vineyards. 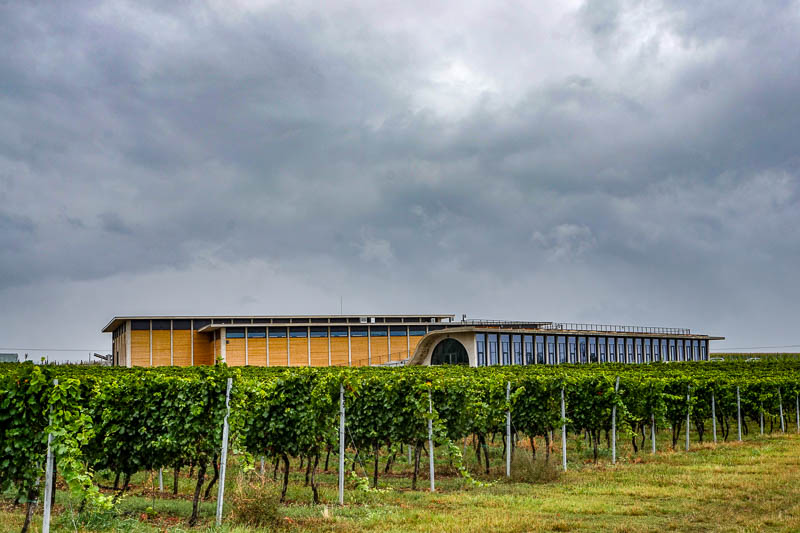 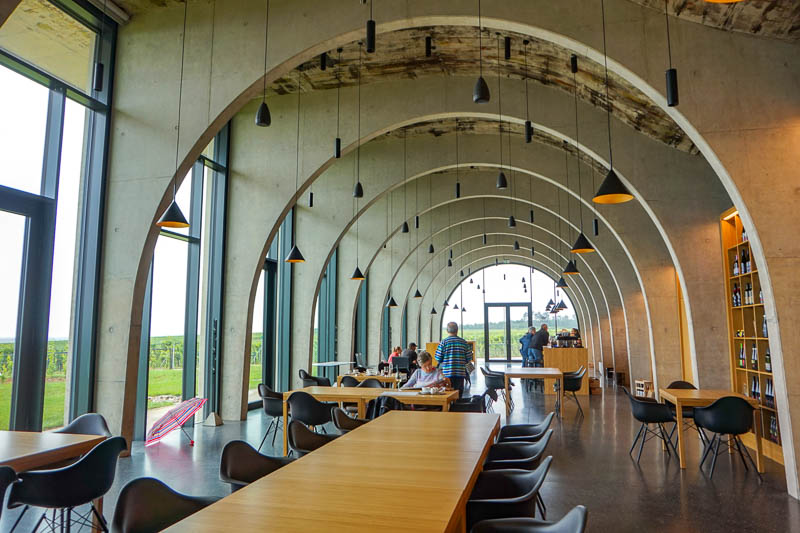 How to Get to Znojmo

Znojmo is on the way between Prague and Vienna, so it’s a great stop-over. However, I would recommend to stay overnight and enjoy the entire city as well during the night. From Prague, it’s about 3 hours drive. From Brno, the Moravian capital, it’s about an hour drive. 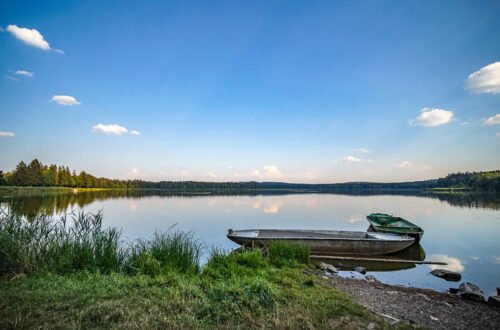 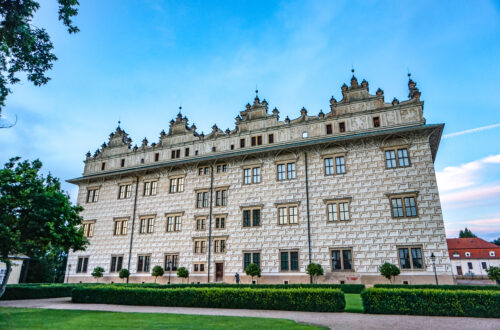 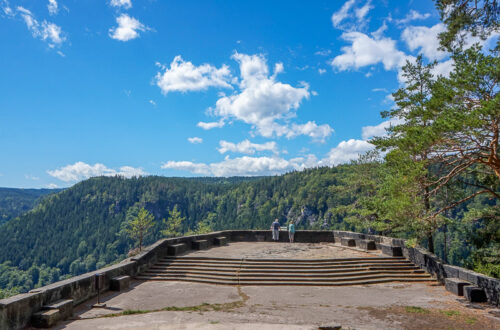