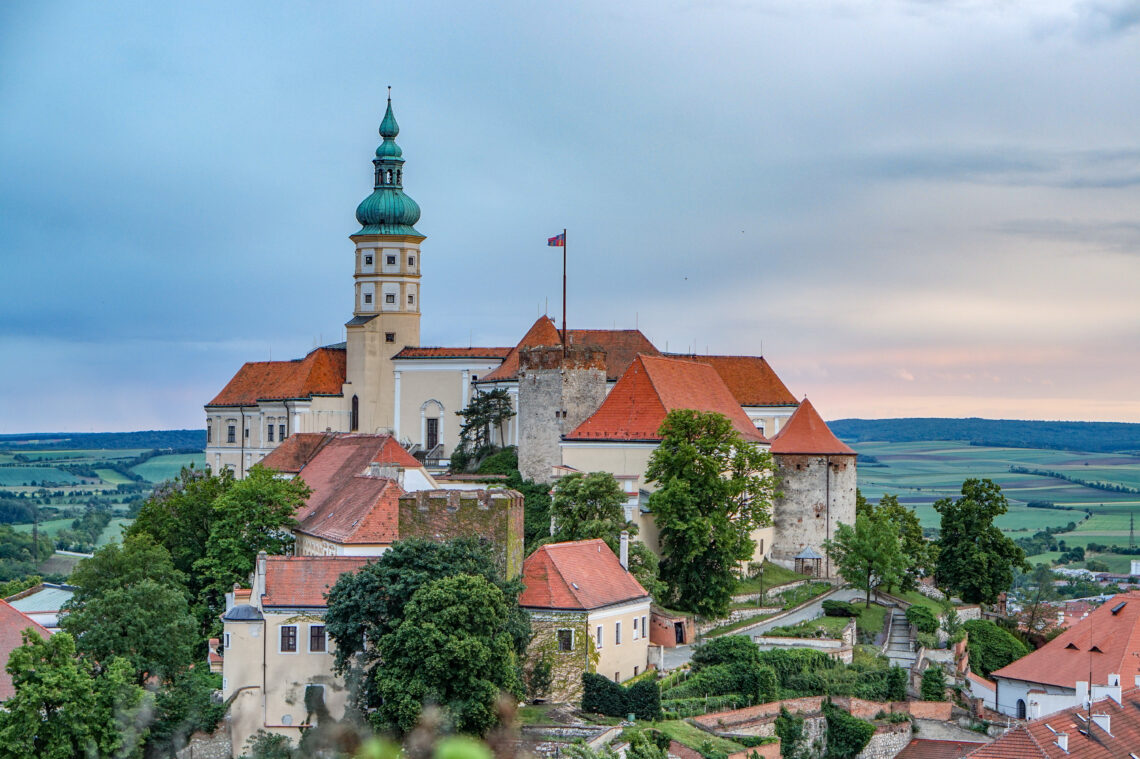 Mikulov is a great starting point for your exploration of South Moravia, the region of wines, and impressive history. This picturesque town offers not only touristic sights but also a character of the former Jewish population who had their spiritual center here. Ready to explore more?

The Story of the City

Mikulov is a picturesque town surrounded by vineyards and Pálava hills. It is conveniently located on the route between Prague and Vienna, and that is why it was an important stopover. Initially, the town emerged under the Lichtenstein family that you already know from the Lednice-Valtice area. However, the city started to flourish under the Dietrichstein family from the 16th Century.

This family was also very open to the Jewish population that was expelled from Vienna. The Mikulov Jewish community became the largest in Moravia, and therefore the city of Mikulov became the main spiritual center of Judaism. Famous rabbi Judah Loew ben Bezalel, who created the golem of Prague, had a seat in Mikulov for 20 years (1553 – 1573). Local ruler, cardinal Dietrichstein was a protector of the Jews, since their taxes enabled him to finance the Thirty Years’ War.

This prosperous period ended with the outbreak of World War II when the Dietrichstein family was forced to leave, and the Jewish population was transported to concentration camps. Only 110 people managed to emigrate. Today, there are only 3 Jewish families in Mikulov. 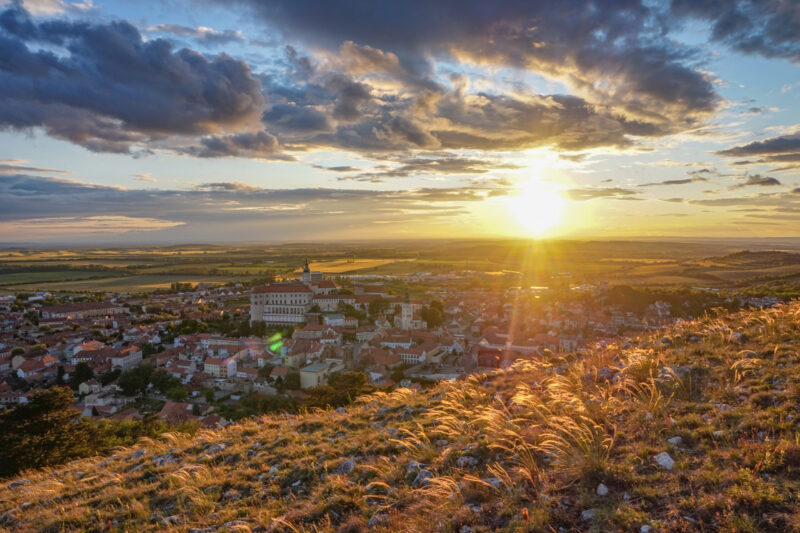 What You Should Visit in Mikulov

The Mikulov Chateau can be seen from a distance thanks to its location on the hill. The original castle was built already in the 12th Century and ruled by Lichtensteins. When the Dietrichstein family started their rule in the 16th Century, the city started to flourish. It even hosted Napoleon Bonaparte after the Battle of Austerlitz (today Slavkov, located close by) when he signed a preliminary truce with Austria here.

Chateau was confiscated by the Nazis during World War II. They used it as a collection point for all the paintings and valuables from the surrounded castles and chateaux. With the end of the war, Mikulov chateau burned down with all these treasures inside. Local people decided to rebuild it from scratch, and in 1950 it was open again.

Today, it is a seat of the Regional Museum, and you can have a tour inside with several expositions. I would recommend a tour of the Dietrichstein family, visiting a Baroque library, and have an underground tour about Romans and Germans settlement who were living in this area as well. 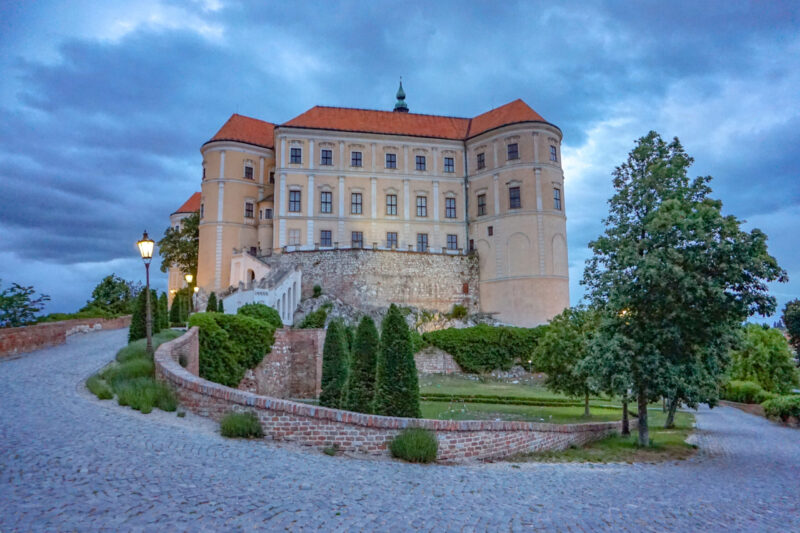 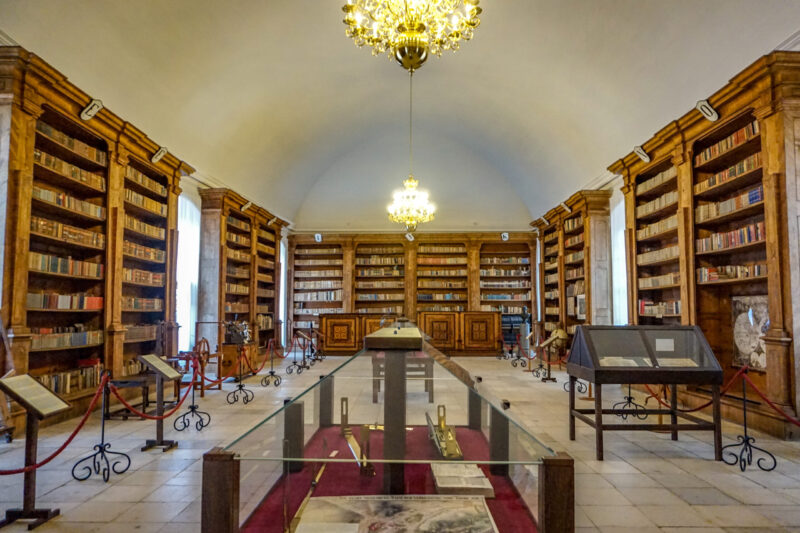 Holly Hill is dominant of the town since it is located higher than Mikulov chateau. The way on the Svatý Kopeček (Holy Hill) is about 20 minutes hike alongside the station of the cross. On top of the hill are several buildings, such as the Pilgrimage chapel and bell tower. However, the most rewarding is a breathtaking view over the Mikulov, surrounding vineyards, and Pálava hills. Below the hill, you can find a small former quarry that is a popular place for swimming for locals. This is a secret tip for insiders. 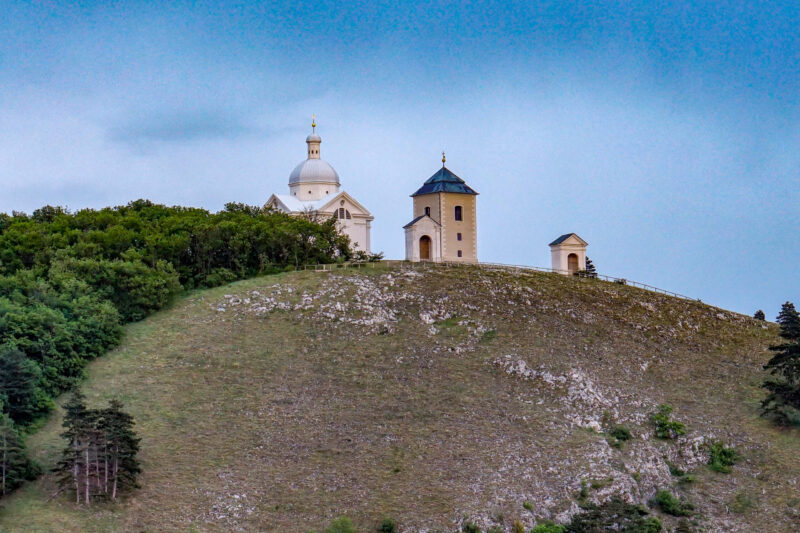 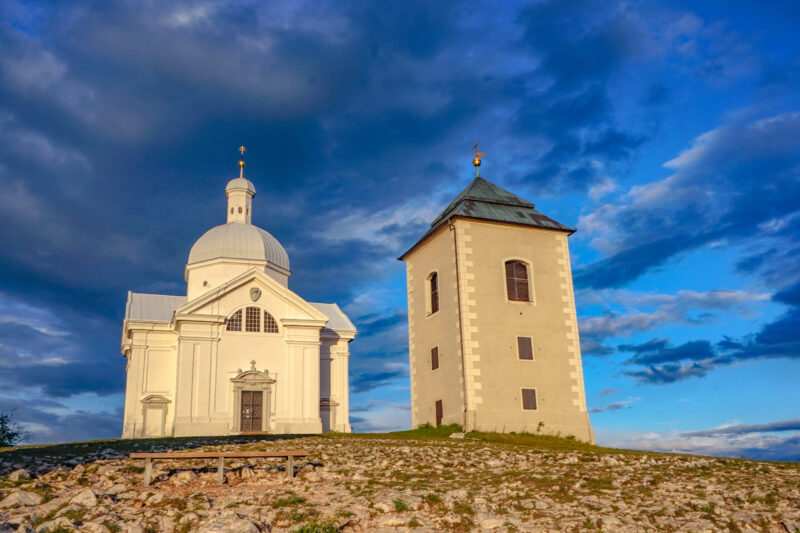 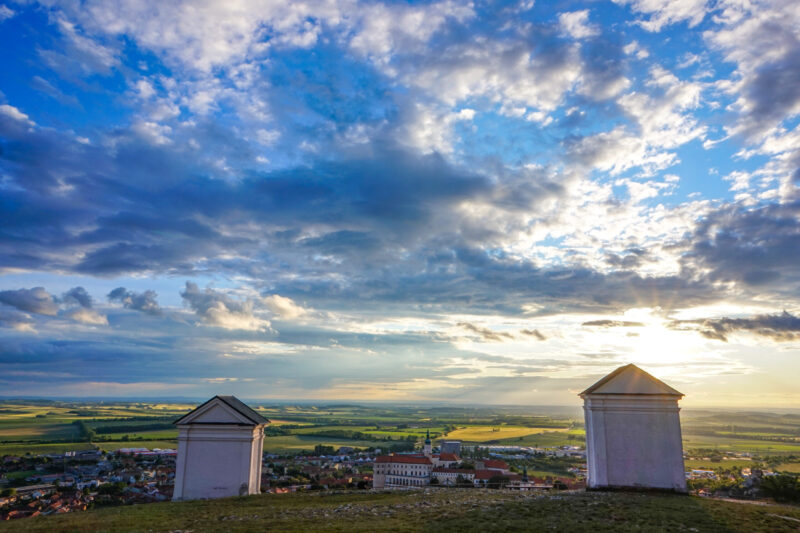 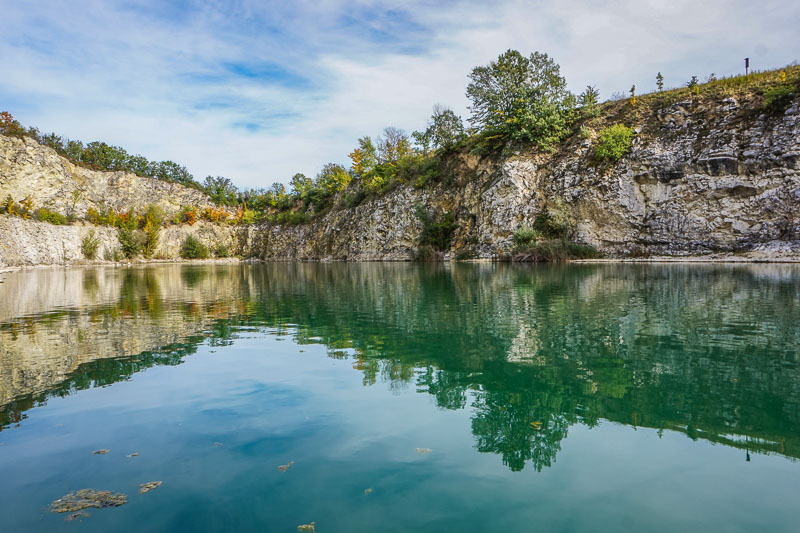 You already know that Mikulov was a center of the Jewish population in Moravia. Today, the main streets of the historical Jewish town are Husova street and Alfonse Muchy street. This quarter has amazingly reconstructed pension Štajnhaus where you can still experience the feeling of an old Jewish lifestyle. Street Alfonse Muchy also commemorates a famous painter who stayed here in 1935. 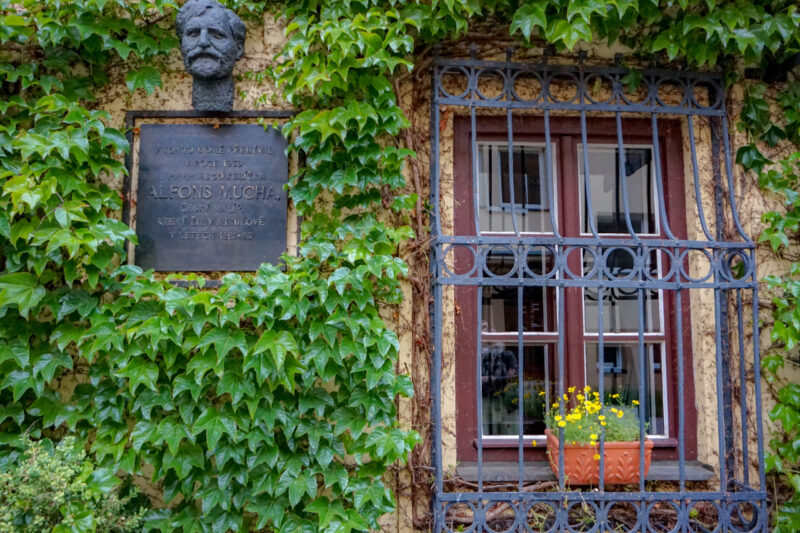 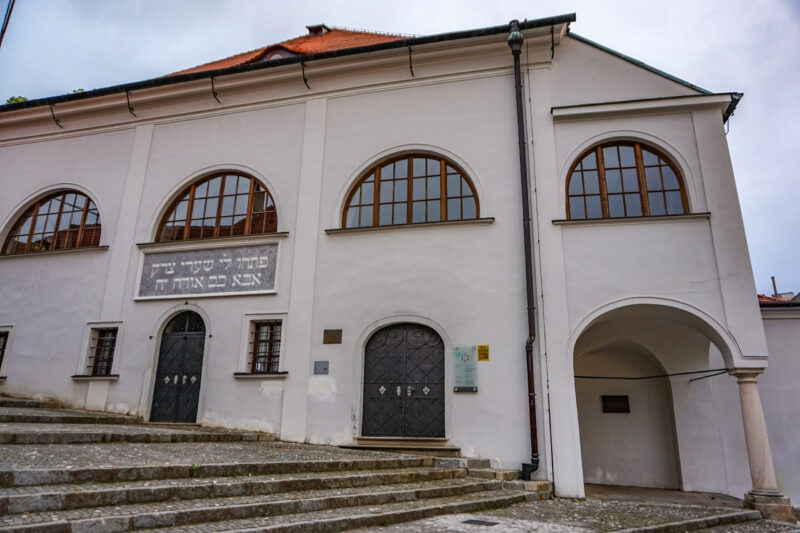 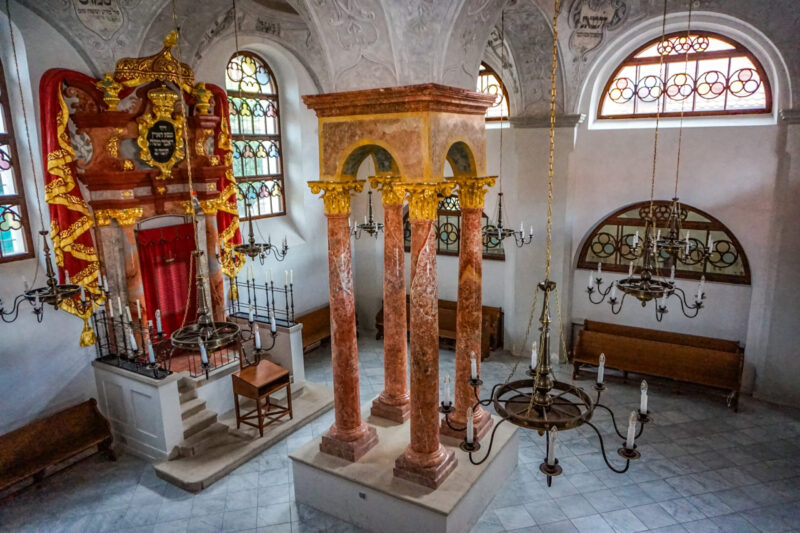 About a 5-minute walk from the synagogue, there is one of the largest Jewish cemeteries in Czechia. It contains about 4.000 tombs that are beautifully decorated according to the period of burial. You can find here gravestone masterpieces from the Renaissance, Baroque, and Classicist styles. 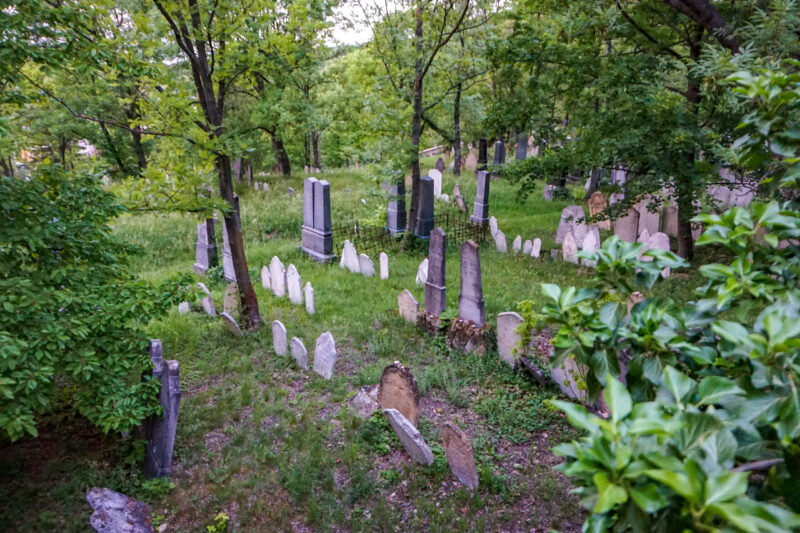 The former owners of the Chateau have their tombs in St. Anne’s Church on the main square. It is an impressive building with two spires. What I found interesting is the view from the terrace after the end of the tour. Unfortunately, at the time of my visit, it was closed. One more reason to visit Mikulov again. 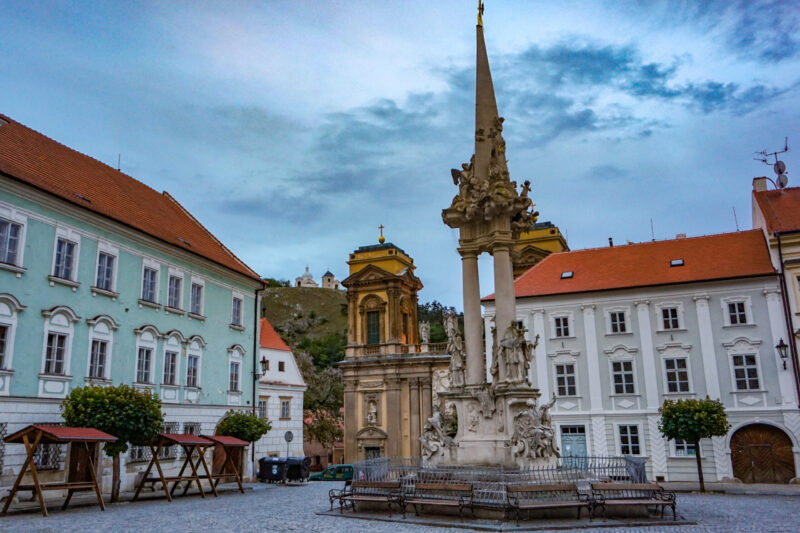 Kozí Hrádek (Goat Tower) is a Gothic tower on top of the hill. It had a defensive function since it controlled an essential route between Prague – Brno – Vienna. From the top of the tower, you had an astonishing view over the Mikulov chateau.

How to Get to Mikulov

It is about 3 hours drive from Prague and a 1-hour drive from Brno or Vienna. If you prefer to take a train, travel first to Brno and then you have direct trains to Mikulov. 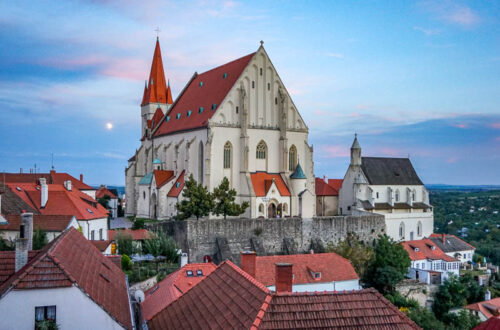 Znojmo: Wine Town with a View to the National Park 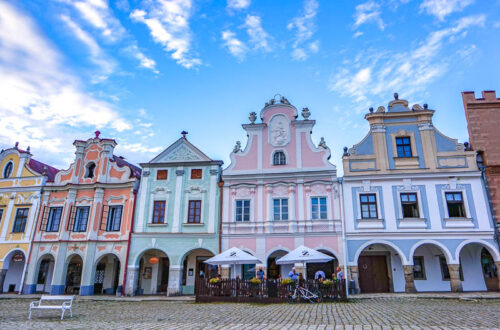 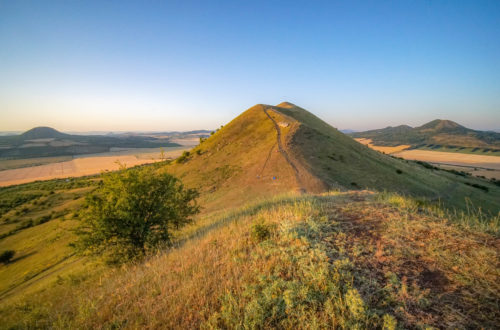